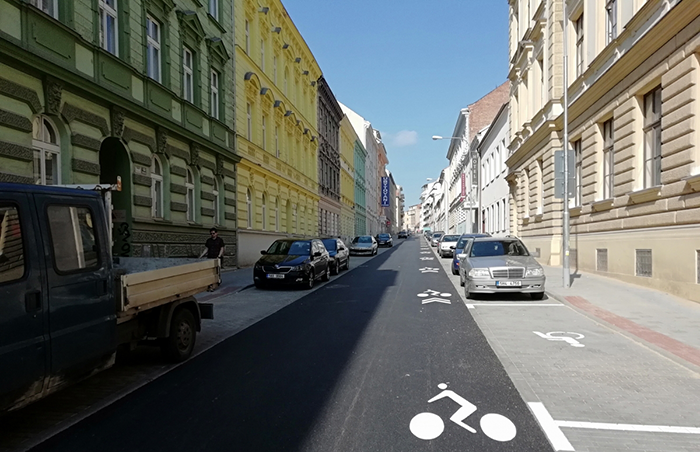 Brno wants to build 93 cooperative flats in Francouzská Street. It will cost hundreds of millions, construction could begin in 2023 and last two years, according to Brno mayor's deputy Jiří Oliva (ČSSD). The apartments will be built in the courtyard, which forms the brownfield of the old kindergarten building with its surroundings. According to Oliva, this is one of the six places where the city is preparing cooperative flats.

The apartments are designed by Chybik + Krystof Associated Architects. Francouzská is one of the localities in which the city is planning larger housing construction, others would include Přízřenice, Holásky and especially Kamenný vrch, said Mayor Markéta Vaňková (ODS). "The large courtyard near Francouzská allows, while maintaining enough greenery, to build less than a hundred new apartments, in addition to walking distance from the center. The project is now entering the phase of processing documentation for zoning decisions," said the mayor.

The construction will be in the courtyard, where the kindergarten building is deserted. Originally, the city counted on start-up flats and flats for seniors, but modified the project. "We are planning apartment buildings here in the concept of affordable cooperative housing, which is of great interest. It is an alternative to development, where the cooperative builds for its members at cost prices, not for profit. Apartments should be significantly more affordable," said Oliva.

According to him, flats of the size of 2 + kk and 3 + kk will be created. "I believe that this project will fundamentally contribute to the culture and attractiveness of the entire French locality, which in the concept of cooperative construction is exceptional close to the city center and will one day be a very good address," added Oliva.