CCC has agreements to sell 20% of eobuwie.pl to Cyfrowy Polsat and A&R Inv. 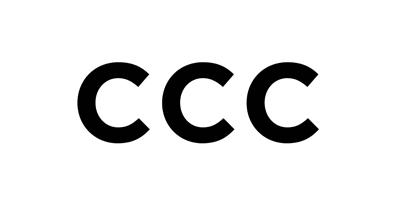 CCC Shoes & Bags (CCC S&B) concluded with Cyfrowy Polsat and with A&R Investments Limited - one of InPost's shareholders - two conditional preliminary agreements for the sale of eobuwie.pl shares, specifying the terms of sale to each of the investors blocks of 10% of shares for PLN 500 million each, CCC reported. At the same time, the CCC Group concluded an agreement with MKK3 - the investment vehicle of the company's founder - which provides for the sale of a 20% stake in eobuwie.pl to CCC in the next two quarters.

The agreement with MKK3 also provides for the retention of a 5% stake in this vehicle and the long-term continuation of the existing cooperation in the development of the platform, with the prospect of its stock exchange debut.

In accordance with the agreements with Cyfrowy Polsat and A&R Investments Limited, the condition for closing the transaction and transferring the blocks of shares to investors is obtaining by CCC S&B the relevant consents and decisions of banks financing entities from the CCC capital group and the consent of the general meeting of eobuwie for the sale by CCC S&B of eobuwie shares on the benefit of investors. The conditions precedent should be met by April 30, 2021, with the possibility of extending this deadline under the conditions specified in the contracts. The agreements stipulate that the share packages will be transferred upon fulfillment of the conditions stipulated in them, within a period not longer than 6 months from the date of signing the agreements.

CCC announced that the group will spend up to PLN 450 million from the capital raised on the repayment and refinancing of liabilities. The remaining amount will be financed, based on the concluded agreement, by 20% of eobuwie.pl shares currently owned by MKK3, and will also provide additional financial security required in connection with the COVID-19 pandemic. The CCC Group remains the majority shareholder of the company.

"Eobuwie.pl is a project created by an ambitious team that constantly presents itself with new challenges and far-reaching plans and consistently strives to implement them. This is confirmed, for example, by the sales results of the Eobuwie Group, which recorded three-digit growth dynamics in March. Involvement of such experienced investors in the company , will support it in achieving the main goal, which is the rapid further development and strengthening the position of the European e-commerce leader. We will also expand the composition of the company's management board and thus ensure a balanced combination of the experience of the existing and new management staff, in order to achieve the said goal efficiently "- said the chairman of the board. supervisory board eobuwie.pl and the chairman of the supervisory board of CCC Dariusz Miłek.

In mid-March this year. CCC announced that it has entered into exclusive negotiations with Cyfrowy Polsat and A&R Investments Limited (shareholder of InPost) regarding the sale of 10% of eobuwie.pl shares to each of the potential investors as part of a pre-IPO investment for PLN 500 million. The Initial Public Offering (IPO) of eobuwie.pl is currently planned for 2022 or 2023.

The CCC Group is the leader of the Polish footwear retail market and one of the largest footwear manufacturers in Poland. The company has been listed on the Warsaw Stock Exchange since 2004. Its consolidated sales revenues amounted to PLN 5,844.7 million in 2019.