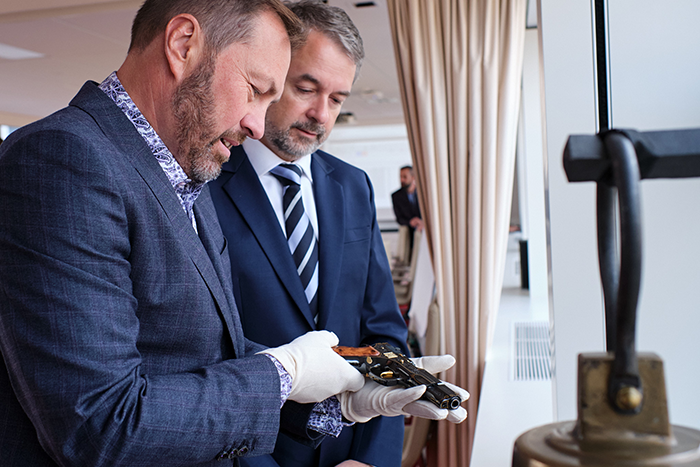 Gun manufacturer Colt's Manufacturing Company LLC, could come under Czech ownership in a deal being negotiated with Ceská zbrojovka Group (CZG). A transaction for 100% of the outstanding equity interest in Colt Holding Co. is not certain, it said. The two companies have agreed to extend to the end of January the review required for due diligence and could approve a deal by then, CZG said.

The two sides have reached agreement in principle on “key commercial parameters” and continue discussing other issues such as regulatory review requirements and legal terms and conditions, however, no assurances can be made that the transaction will be consummated,” CZG said.

Colt Defense filed for bankruptcy protection in June 2015 after failing to renegotiate payments to the owners of $250 million in unsecured bonds. Colt Defense, with its headquarters and factory in West Hartford, is the operating company formed by the 2013 merger of Colt Defense LLC and Colt’s Manufacturing Co., which made and marketed non-military guns. It exited bankruptcy in January 2016 after working out a compromise with bondholders. Colt received a $10 million loan from the state in April 2017 tied to keeping 615 jobs.

Colt's Manufacturing Company, LLC is an American firearms manufacturer, founded in 1855 by Samuel Colt. It is the successor corporation to Colt's earlier firearms-making efforts, which started in 1836.