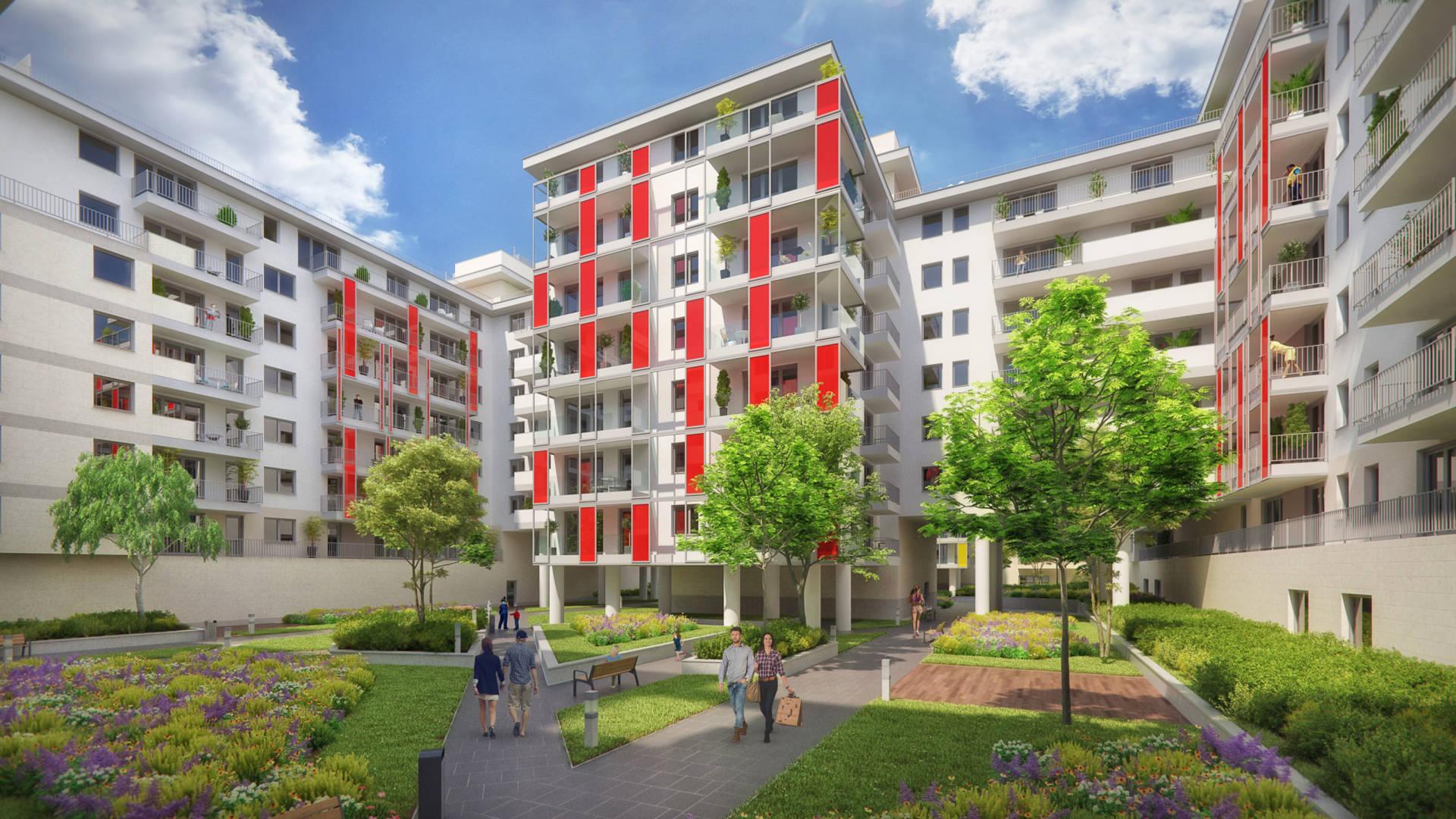 Living, a residential developer owned by Wing, has announced that the construction of Park West 1 located in Budapest’s XIII district has reached its highest point. The building is to fit 229 apartments, mainly between 40 and 50 square square meters. The first phase is to be completed by the end of 2021, with two more planned to be built featuring 700 apartments in total. The apartments from phase one can be purchased using the 5% discounted VAT rate.