Harrachov Hotel Karolína will convert into apartments for CZK 240 million 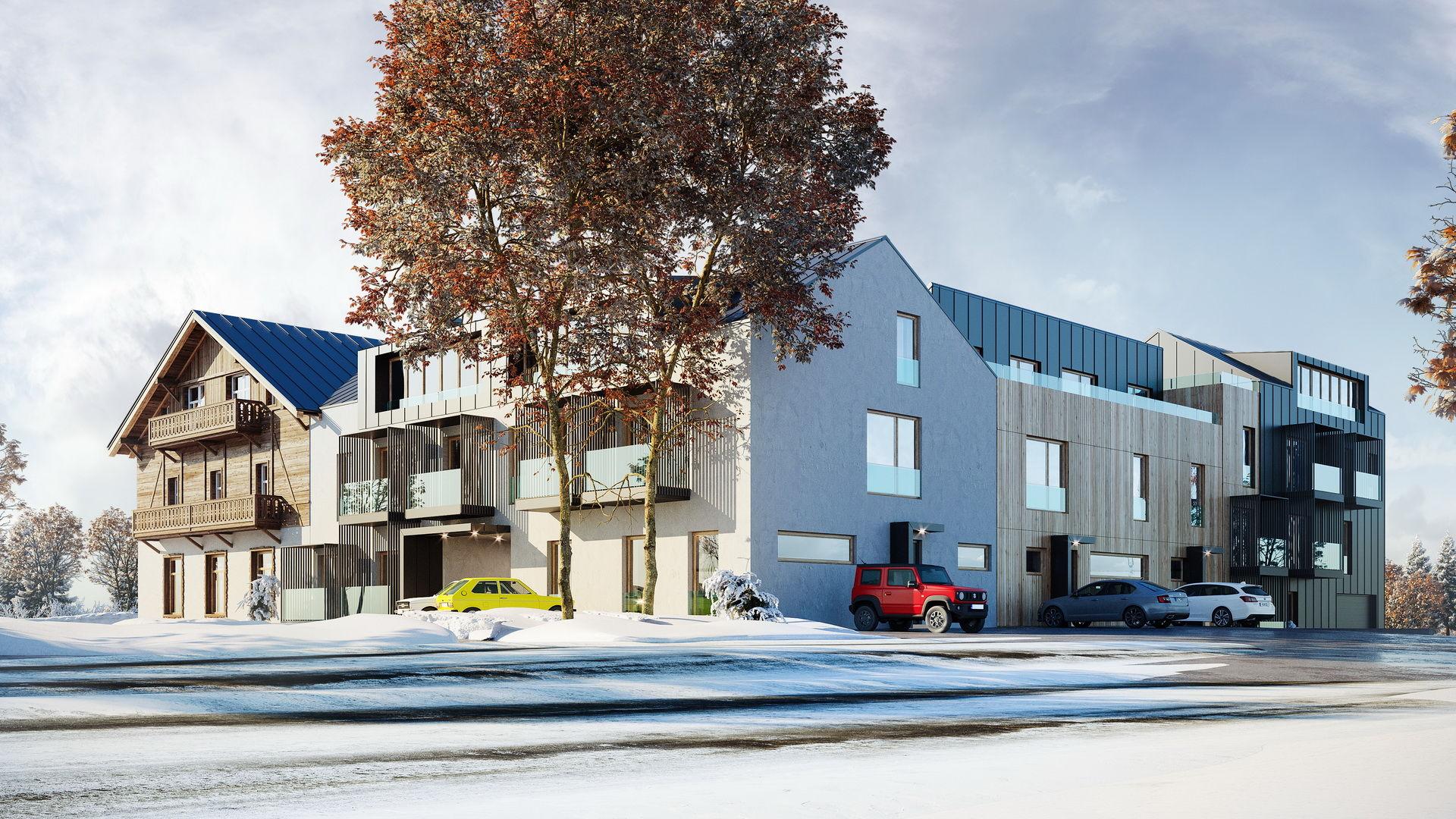 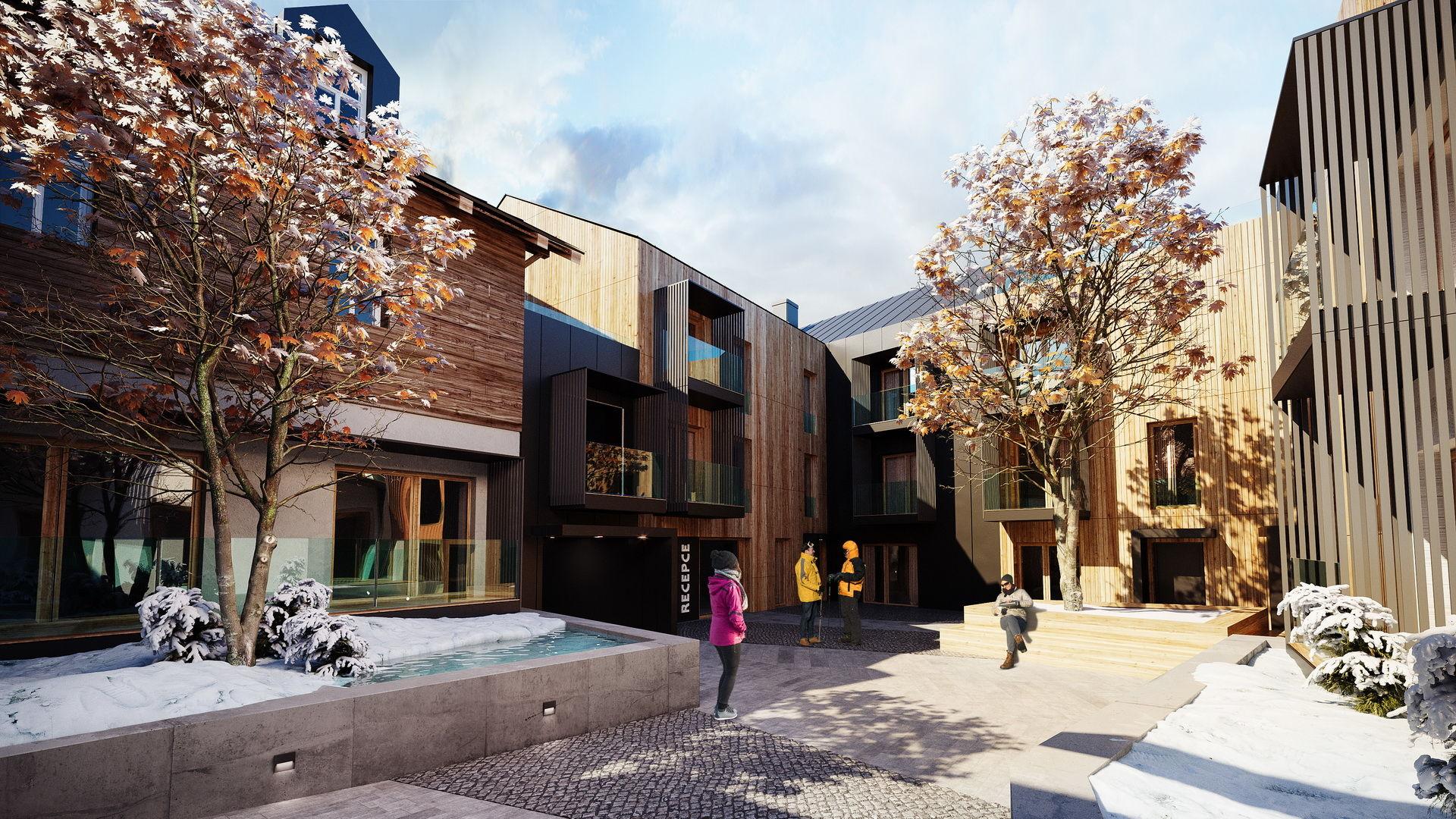 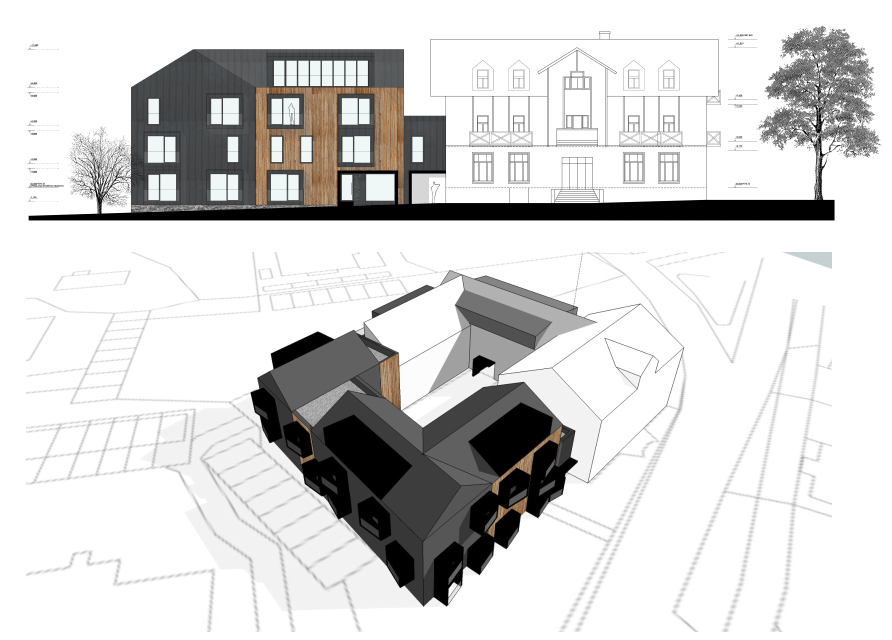 One of the oldest hotels in the Krkonoše resort of Harrachov in the Jablonec region is undergoing a costly reconstruction. The investment company Europa Investment Property wants to convert a timbered cottage from the end of the 19th century into luxury hotel-type apartments. The CZK 240 million project will start in the spring. The demand for similar accommodation facilities for domestic tourists is growing. Especially where the location offers a varied number of activities throughout the year, said Filip Navrátil, the company's sales director.

Originally a three-star hotel Karolína with 75 beds stands in Harrachov.

"The project is part of our long-term strategy to target the development of domestic tourism. We are preparing similar projects in spas such as Luhačovice or the Hungarian spa center Hévíz," added Navrátil. The developer promises to evaluate the potential of the historic building, which originally bore the name Krakonoš, as well as the entire site near the main road I / 10 to Poland.

"The main idea is a sensitive fusion between the historical legacy and the current way of life. The dominant feature is and will continue to be the main historical building," said architect Jiří Soukup. According to him, it will be a sensitive reconstruction of the building. "In order to restore its position and cleanse itself of all unprofessional interventions and outbuildings from the past," said the architect. The original object is complemented by another. The area will be through, divided into four parts with separate entrances, will also include retail space, a cafe with a bakery, wellness or parking.

Harrachov is one of the largest resorts in the Krkonoše region, in winter it offers eight kilometers of downhill trails and tens of kilometers of cross-country trails. It is a popular destination for tourists even in summer. The city has 1,400 permanent residents and, according to data from the Czech Statistical Office, 74 registered accommodation establishments with approximately 4,000 beds. However, the accommodation capacities are actually significantly higher, as there are dozens of apartment flats in the city. Europa Investment Property offers those interested the opportunity to participate financially in the new Harrachov project by purchasing bonds.