IT specialists in the Czech Republic earn the most, Poland in the lead 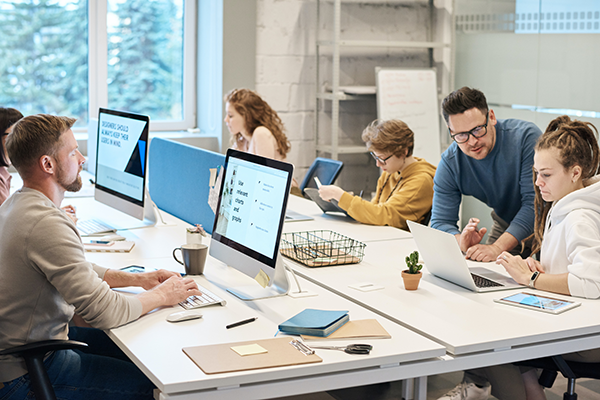 IT specialists in the Czech Republic earn the most of all those taking part in the survey - 33% of them receive a salary above PLN 12,000 net, in turn, in Poland, such earnings can count on 26%, according to the report "IT specialists in Central and Eastern Europe" conducted by the portal No Fluff Jobs.

On the other hand, in the case of the earnings of IT specialists from Ukraine, there is a significant stratification. Although earnings above 12 thousand PLN net are declared by less than 26% of them, so a percentage similar to Poland and much higher than in Slovakia or Hungary, as much as 40.5% earn less than PLN 4,000 net. Almost 20% of the surveyed IT specialists in Ukraine declare that they earn from 4,000 to 8,000. PLN net, and less than 17% from 8 to 12 thousand net.

The No Fluff Jobs report shows that the most popular form of cooperation among IT specialists in Central and Eastern Europe is an employment contract or, depending on a given country, its equivalent. It dominates especially in Hungary and Slovakia, where 83.5% and 76% declare work on its basis, and in the case of the Czech Republic, it was indicated by 67% of local industry specialists. Among all the countries participating in the survey, this type of contract is not only dominant in Ukraine - it was indicated by 30% of respondents, and almost 56% answered that they work on the basis of the Polish equivalent of a B2B contract. In Poland, 57% of specialists work under a contract of employment, and over 30% have a B2B contract. Only 11% declared that they work under a different type of contract.

Tomasz Bujok, CEO of No Fluff Jobs, points out, however, that B2B in Poland is still a form of cooperation that is popular among more experienced IT specialists.

"Although more than half of Polish IT specialists indicated that they work under a contract of employment, the B2B contract dominates among employees in the industry with the most seniority, the so-called seniors. According to the data from our report 'IT market in Poland in 2020', employers they were offered this type of contract much more often (87.2%). An employment contract was offered to them much less frequently (36.5%)," concluded Bujok.

The research was carried out in Poland, the Czech Republic, Slovakia, Hungary and Ukraine in the period from May to July 2021.

Source: No Fluff Jobs and ISBnews