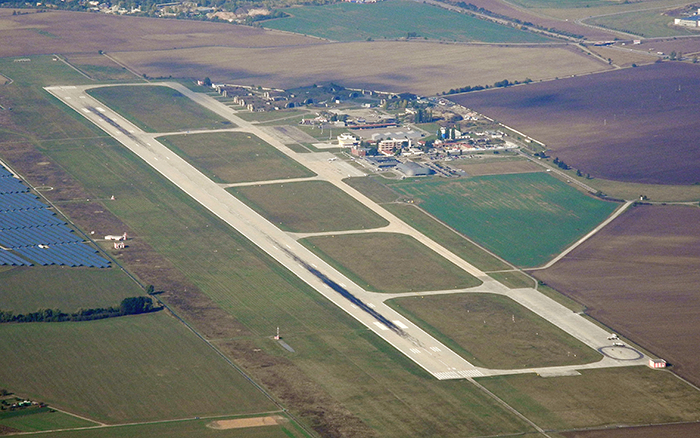 Representatives of the South Moravian Region ended a several-year dispute over land under the runway at Brno Airport at their last meeting. They approved the purchase of land with a total area of ​​approximately 16,000 square meters for CZk 22.3 million. The current owner, Michal Horký, perceives the transaction as beneficial for the development of the region.

According to Horký, both parties agreed that the long dispute is over. "And after so many years in favor of the development of our region. It was a common interest not only of me as a citizen of Brno, but of both parties involved," he said.

In 2018, the Brno-venkov District Court rejected the South Moravian Region's action to designate the region as the sole owner of the land under the runway. A year later, the decision of the district court was confirmed by the Regional Court in Brno and the sole owner became the Brno businessman Horký. The land used to have two owners, the region, which acquired them from the state, and Horký, which bought them from the family that received them in the inheritance proceedings.

The region will become the owner of the land in the coming weeks, paying CZK 1,388 per sqm based on an professional valuation. "The price is fine. Of course, 16,000 sqm is a large area, so the total amount seems high, but for a meter it is a very nice price for Brno," said Councilor for Investment Vladimír Šmerda (ODS).

Councilors have also previously approved the establishment of easements with Brno Airport, which leases airports from the region. Based on the contract, the region is to receive CZK 67.5 million from the operation of the halls on its land. Specifically, CZK 35.2 million for hall A and CZK 32.2 million for hall B. "We are still talking about money for the other three halls, where we are waiting for a professional valuation," added Šmerda.

The establishment of easements was criticized, for example, by the opposition representative Jan Vitula (Together for Moravia). "The council has agreed on easements for 60 years, giving a commitment that the halls will be there for a few more years than the owner of the airport halls rents. They reduced the value of future rent, "Vitula remarked.

According to the spokesman of the regional office Michal Cagala, on the other hand, the value of the airport will increase in connection with the adjacent logistics park.

The airport is owned by the region. At the beginning of the millennium, it leased it to the private company Letiště Brno for 50 years. A few years ago, the company changed owners and became part of the Accolade investment group. The previous year, Brno Airport handled over 540,000 passengers, but last year it was only over 86,000 passengers due to the coronavirus pandemic.