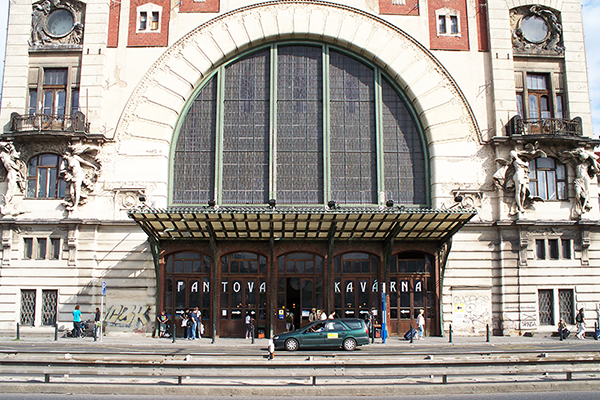 Reconstruction of the interior of the listed Fanta building of Prague's main railway station should begin in April. The railway administration has launched a tender for the contractor of the first part of the interior repairs, which mainly includes the halls on the ground floor of the historic building. The estimated price is CZK 250 million, according to the Railway Administration. The reconstruction will follow the current repairs of the roof and facade.

The first part of the interior repairs will focus on the large historic halls in the northern part of the Fanta building and their background. The original historical form should return to the representative spaces as much as possible. Construction work is also planned on the ground floor, on the first underground floor and on the mezzanine. The building should thus be connected to the underpasses, in the form of escalators located in the left part of the northern underpass. Work on this section should be completed in the first half of next year.

This part of the reconstruction will be followed by work in the remaining premises, with the exception of the already renovated former Fanta café. Lifts provide barrier-free access to the individual floors. There will also be another connection with the new check-in hall of the main railway station. Repairs should be completely completed by 2023.

Fanta's building, together with the adjacent hall above the platform, forms the largest Art Nouveau monument in the Czech Republic. Therefore, according to the administration, all modifications are being prepared in such a way as to respect the requirements of state monument care. Depending on the technical and static possibilities, some non-original structures will be removed.

The railway administration promises to revive the construction from the reconstruction. Upon completion, passengers should find a café, restaurant, waiting room or children's corner. Now inaccessible spaces on the ground floor will be open to the public. The column hall is to function as a VIP waiting room, the large hall will become a multifunctional space for organizing cultural and social events. A new hygienic background for visitors to cultural halls will also be created in the reconstructed premises. They now use the building of the Railway Authority, Czech Railways, the Railway Administration and the police. They will be located here even after the reconstruction.

At present, the reconstruction of the facade and roof of the building continues for 212 million crowns. Outdoor work should end in the middle of this year.

The reconstruction of the Art Nouveau building named after the building's architect Josef Fant was originally to be completed by 2013. However, Grandi Stazioni, which had leased the station since 2003, did not manage the repairs and the Railway Administration did not extend its contract in 2016. The Italian company managed to repair only the interior of the central part with the so-called Fanta Café. The case is still in court, the Italian company has filed four lawsuits.