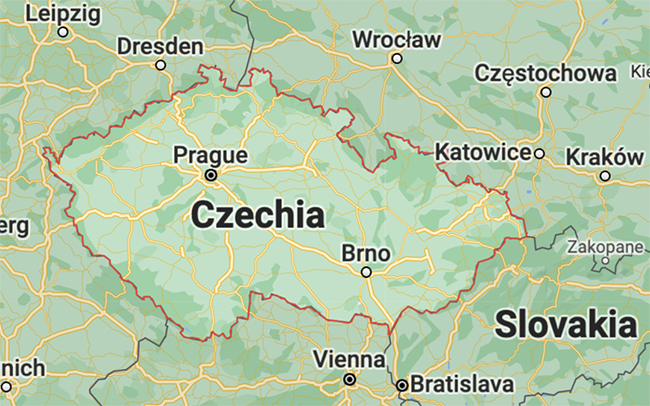 Experts from the Faculty of Applied Sciences of the University of West Bohemia in Pilsen, in cooperation with Gepro, have created technology and software tools for processing and continuous display of old cadastral maps. In the future, those interested will be able to view the maps from 1826 to 1843 on the web map portal of the Czech Surveying and Cadastre Office, according to University spokeswoman Šárka Stará..

According to her, the original maps of the stable cadastre are a unique set of large-scale manuscript maps 1: 2880. Upon completion, they were reproduced lithographically. The first of the printed copies was stored in Vienna as an imperial compulsory imprint. The other copies were used for routine work. 12,696 cadastral areas are uniformly mapped on them on 49,967 map sheets. The total area of ​​the mapped area, which is 7,932,800 hectares, was covered by 15,359,513 plots, the spokeswoman said.

"Our program is designed to independently recognize the edges of individual map sheets, their nomenclature and the course of displayed cadastral boundaries. An index of geographical proper names was also automatically created on individual map sheets. All toponyms are also stored for the complete map set," said Pavel, the head of the Department of Informatics and Computer Science collaborated with natural language processing experts on the project, so that the recognition of the necessary information with an accuracy of up to 90 percent fundamentally affected the automated process of locating map sheets in the coordinate systems of the stable cadastre.

"Those interested will be able to view the maps in a continuous view, they will be able to use zoom or, for example, view a map showing the current state and orient themselves in the given area with its use," said project manager Václav Čada from the Department of Geomatics.

The original maps of the stable cadastre are a source of information on land tenure, land use and management, as well as an important basis for spatial planning, Stará said. In addition to anti-erosion measures, it is possible to obtain an overview of the method of water retention in the area, the optimal communication network, the nature of settlements, but also other economic facilities such as mills, mills, laundries or sawmills using energy from watercourses. They record mining works and quarries, including links to the evolving railway transport infrastructure.

"Mapping the Austrian monarchy for the establishment of a stable cadastre was a completely unique project based on the scientific foundations and organizational skills of the state administration, which was uniformly methodically led from the court office to the individual districts. This project has not been surpassed. To date, more than 75 percent of current cadastral maps have their origins in the map opera of the stable cadastre on a large scale,” added Čada.