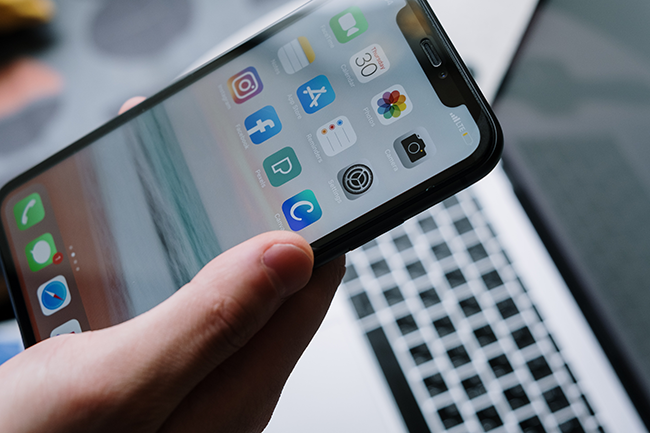 The endless crisis in supply chains has finally claimed a real sacrifice. Apple , currently the world's most valuable company, is forced to cut back on its business due to a global shortage of semiconductors. Like Toyota , Samsung and other manufacturers of household products before it.

Apple has so far been one of the few companies to secure enough chips in the midst of a global shortage to keep its latest series of products in stores. He owed this to both a well-managed supply chain and the prestige of adhering to its demanding corporate standards.

Bloomberg News said yesterday, based on unnamed sources, that the company is likely to cut this year's production targets for the iPhone 13 by up to ten million units.

According to him, the problems of a mammoth like Apple suggest nothing but that the problems in supply networks are even worse and the prospects for a recovering global economy could suffer. " Apple's enormous power as a key customer in its ability to procure semiconductors will make everyone else in much bigger trouble," said Neil Campling, an analyst at Mirabaud Securities.

Almost all large manufacturers solve problems on two fronts. One is the lack of key materials, such as semiconductors, and the other is the problem of delivering already manufactured goods to customers.

Apple was to produce 90 million new iPhones this year. But now it tells partner manufacturers that the overall number will be lower because Broadcom Inc. a Texas Instruments Inc. They have trouble supplying him with enough components, says an unnamed Bloomberg source.

It was signed on shares of Apple suppliers. Japan Display, which receives half of Apple's sales, lost as much as 5.6 percent. Shares of US suppliers fell in Tuesday's after-market. Apple lost more than 1 percent in the first half of Wednesday's trading, when this article was written. But the Nasdaq Composite was in the red.

The shortage of semiconductors is mainly due to years of insufficient investment. In addition, the explosion in demand could not be caught, even for companies that are not new to the industry. Peter Wennink, CEO of the Dutch ASML, said in July that the company had underestimated growth in the semiconductor sector over the past 15 years.

Apple has already warned this year that it will have problems with its iPhones and iPads on the supply side by the end of September. He did not take such a step as reducing internal estimates.

But now the timing couldn't be worse. Last year's quarter should be for Apple "tržebním Blitzkrieg" at the end loomed billion amount of € 120 dollar of revenue share. That would be seven percent more than a year ago and more than what Apple earned ten years ago in a single year.

In addition to the problems with insufficient availability of iPhones, the company is not able to produce enough Apple Watch Series 7 watches and other products. And another headache may be created by the energy crisis in China. According to one of Apple's suppliers, TPK, subsidiaries in the southeastern Chinese province of Fujian are adjusting their production schedule to reduce power supplies.

According to domestic retailers, delivery times for some configurations of Apple's new iPhones 13 can be several weeks. The reason is the double demand compared to the previous model and the lack of chips. The new iPhone came to the Czech market on September 24.

But some analysts still see Apple as an opportunity. "If Apple fails to meet short-term demand, the gap is likely to be even greater for competitors, creating an opportunity for stock growth," analysts Morgan Stanley wrote after Bloomberg speculated.