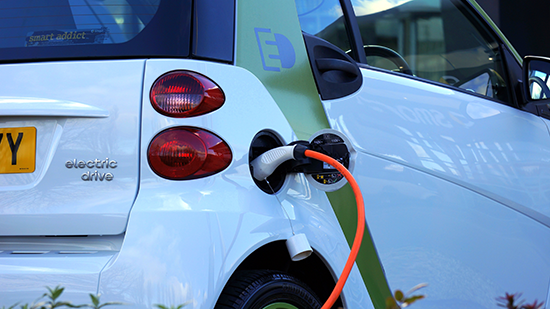 Some 3,000 electric vehicle (EV) charging stations may be built in Czechia by 2025, according to a memorandum on cooperation in the development of electromobility in the Czech Republic, Industry Ministry spokeswoman Stepanka Filipova.

"Czechia's automotive industry is a fundamental pillar of the economy and industry, constituting about a tenth of gross domestic product (GDP) and 20 percent of exports" said deputy industry minister Eduard Muricky.

"Under the National Action Plan for Clean Mobility, we expect to see up to 500,000 all-electric vehicles on our roads by 2030," he said. "By that time 35,000 charging points, mostly the fast ones, should be built," he added.

Charging points will be installed at stations and along major roads and will run on carbon-neutral electricity from CEZ, Skoda Auto said. The charging infrastructure will speed up markedly the transition to electromobility and the country's decarbonisation. Charging points will be deployed in cooperation with Skoda Auto and Elli, a group subsidiary specialising in charging solutions, and their decision-making will be based on data on the busiest roads, among others.

The memorandum was signed at a meeting of Industry and Trade Minister Karel Havlicek and Volkswagen board chairman Herbert Diess who was supposed to come to Prague to discuss the possible construction of a car battery plant in Czechia, but the German group put off a decision on selecting the site for the plant's construction by six months to the middle of 2022.

Havlicek and Diess discussed the gigafactory project. For the project, which also involves the option of lithium mining in Czechia, the country picked the following sites: former brown coal-fired power plant Prunerov, Sokolov/Stare Sedlo and Cheb. Up to 7,000 new jobs might be created and the production could begin in 2027.

"The gigafactory and support for electromobility is part of Czechia's decarbonisation plans, said Havlicek. In comparison with Germany and other countries, it is much more difficult for Czechia to meet the Green Deal targets, given its energy mix, the structure of the economy and industry, and the purchasing power of the population," said Havlicek.

In the long run, Czechia has been making investments to cut reliance on coal and back nuclear, green and renewable energy, he said.

"Czechia declared it would allocate CZK 16.5 billion for clean mobility support in 2021-2030, which makes a total of CZK 33 billion with investments in public transport decarbonisation," said Havlicek.

Some CZK 4.8 billion is to be earmarked for clean mobility under the National Recovery Plan.