55% of Poles want the return of trading Sundays 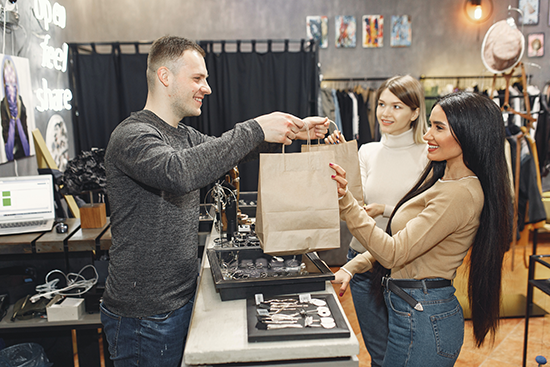 The number of Poles who want to return to trading Sundays increased in June this year to 55% from 51% a year earlier. One in three people is strongly in favor of this idea, according to a CBRE report.

"In March 2018, Poles for the first time did not go shopping every Sunday. The argument was raised that it was a bad idea, because for many people Sunday is one of the few days when they can go shopping. Then there was a pandemic and arguments. There was more to come back to trading Sundays. One of the most important is the fact that spreading traffic over seven days instead of six days allows you to more efficiently adapt to the guidelines related to, among others, social distance. has more opponents than supporters. More than half of people want to shop on any day of the week, even more than a year ago," said Magdalena Frątczak, head of the commercial sector at CBRE.

The CBRE survey shows that 55% of people would like to return to shopping on Sunday. In the previous edition of the survey from June 2020, this percentage was 51%. Therefore, there was an increase by 4 pp. Every third respondent is of the opposite opinion, and 14% do not have an opinion on this subject, it was stated in the report.

There is a visible difference in this matter between the inhabitants of the countryside and the city. In the countryside, 48% of respondents support the return of the possibility of opening stores on Sunday, while in the largest cities with more than 500,000. inhabitants, this percentage is as high as 64%. In smaller cities from 20 thousand. up to 500 thousand of residents from 56% to 60% of people believe that shopping Sundays should come back, it was also indicated.

The study was conducted on the Ariadna panel on a nationwide sample of N = 1,082 people. The amounts were selected according to the representation in the population of internet users aged 18 and over for the gender, age and size of the town of residence. The study was carried out on June 25-28, 2021, using the CAWI method.