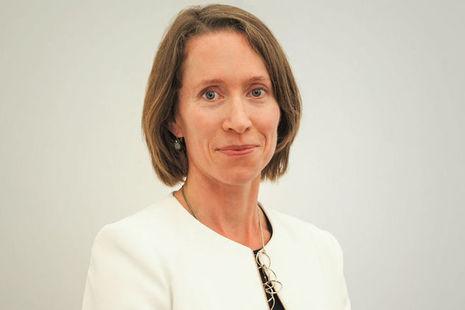 A commemorative plaque commemorates British soldiers who helped protect Czechoslovak Radio in May 1945 as of today in Vinohrady, Prague. It is located at the suggestion of the British Embassy in the building of the Na Smetance school. The unveiling was attended today by Lucy Hughesová, Deputy British Ambassador to the Czech Republic, representatives of Prague 2, Czech Radio or the Military History Institute (VHÚ).

The memorial plaque is dedicated to British soldiers Thomas Vokes and William Greig, who joined the Prague Uprising in early May. The British embassy drew attention to their story last year in a special video. They arrived in Prague shortly before the uprising broke out after escaping from German captivity. They became famous, for example, when they pretended to be the vanguard of British paratroopers and threatened a German unit based near Czechoslovak Radio in the building of the Na Smetance school if it did not give up. The Germans actually agreed to lay down their arms and subsequently capitulated and handed over their weapons to the insurgents. According to speakers at today's ceremony, they helped save many lives.

The director of the Military History Institute (VHÚ), Aleš Knížek, remarked that they used a similar trick in the Vršovice barracks. He also noted that the unveiled memorial plaque is a monument to, for example, the Mužík family and other Czech patriots who hid fugitive British soldiers.

According to Knížek, dozens of liberated Allied prisoners joined the Czech national uprising. VHÚ historian Jindřich Marek stated that the most numerous force was members of the Russian Liberation Army of General Andrei Vlasov. But they were also helped by Russians who fled or were freed from German captivity, as well as Yugoslavs, Poles, French or Italians. The Bulgarians were also a large group.