A municipal garden has recently been built around the PLATO gallery. 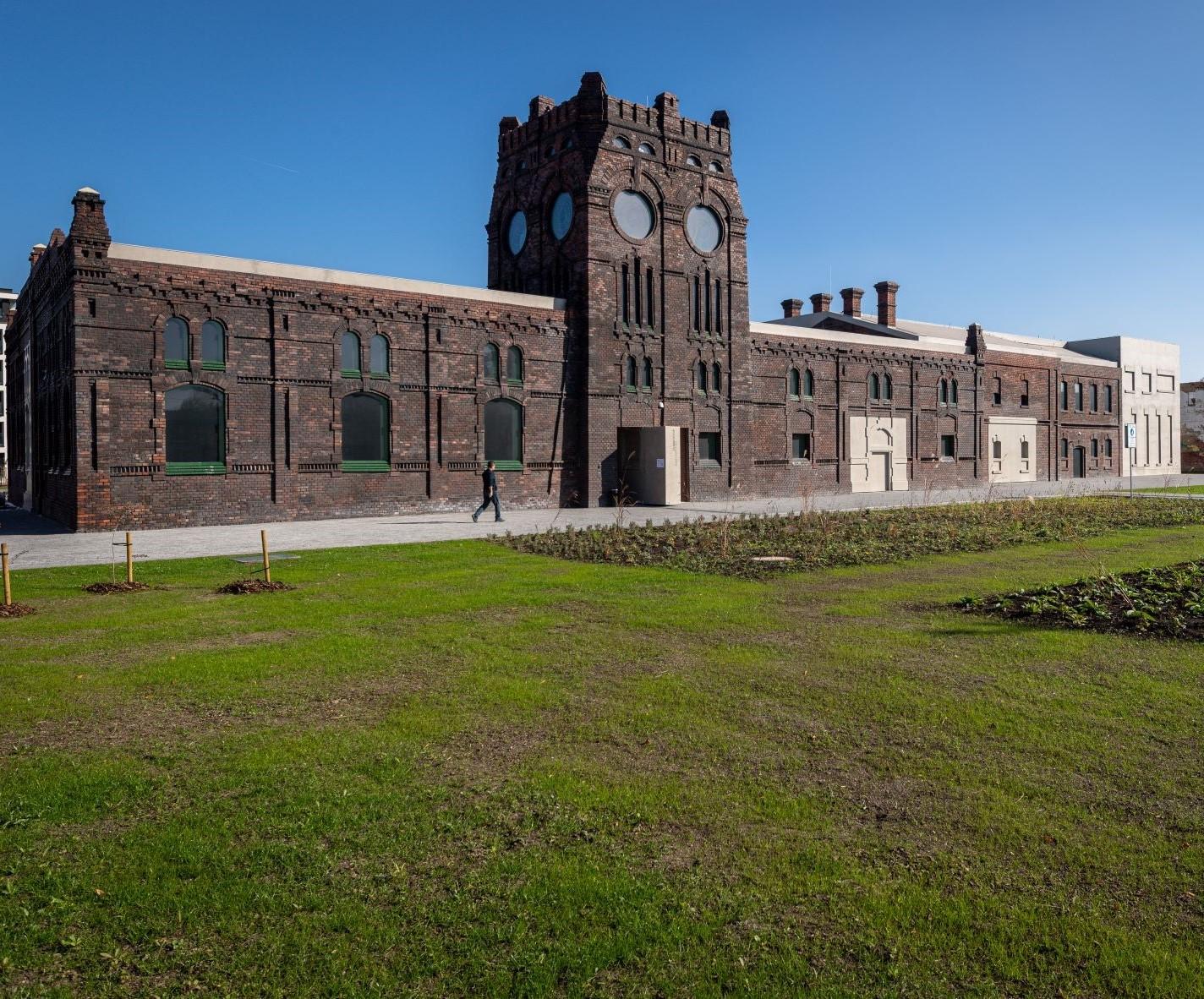 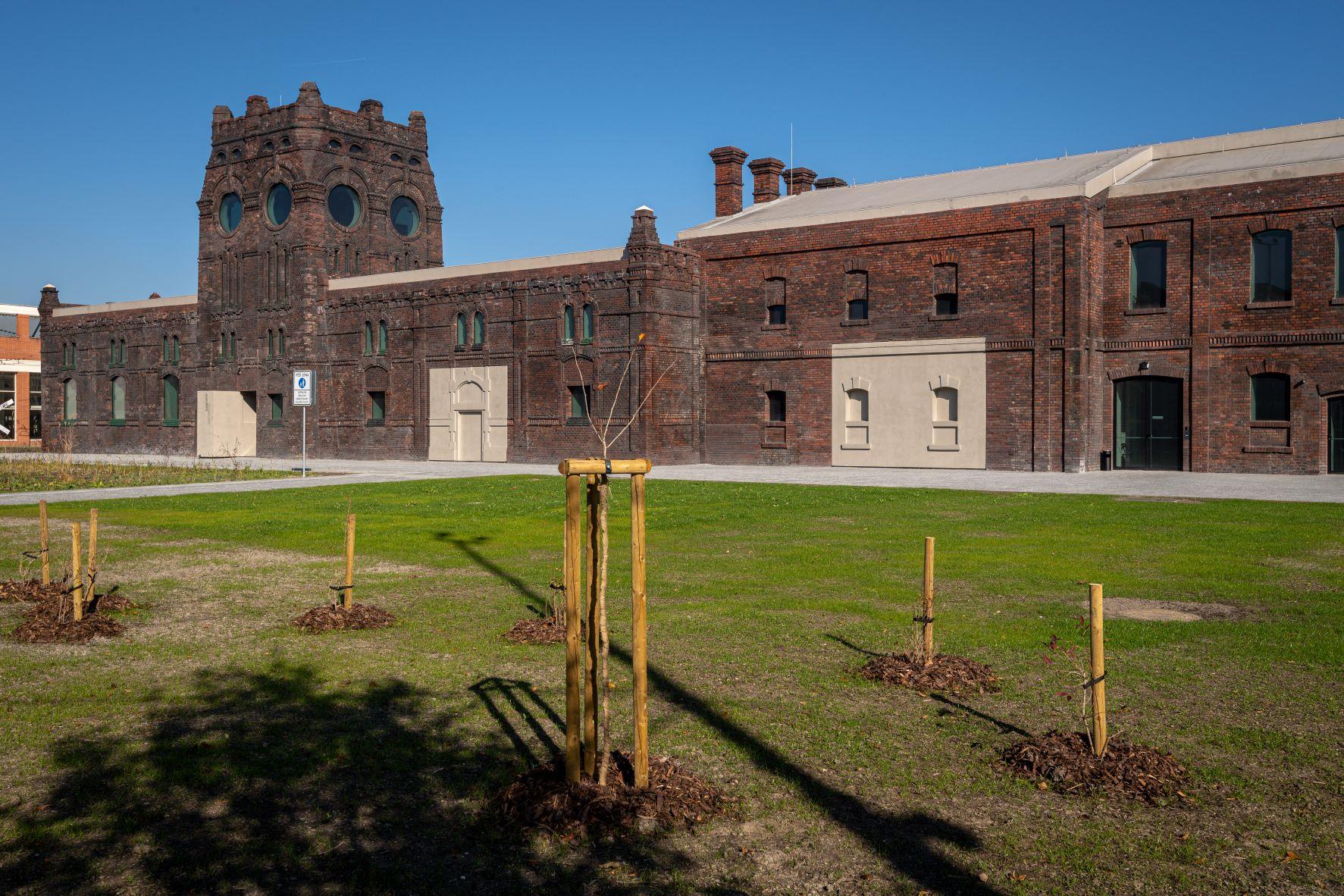 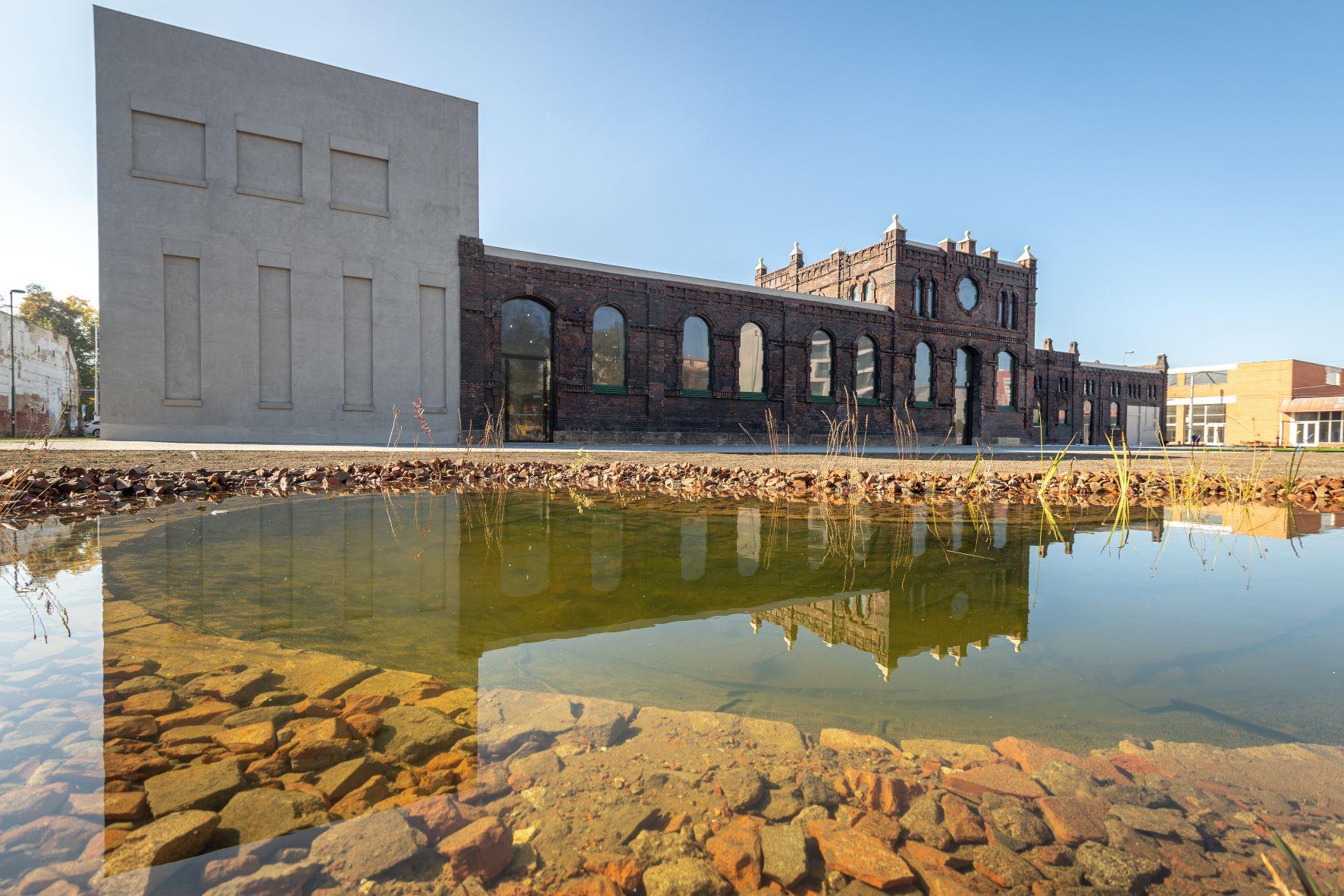 At the PLATO gallery, a garden that serves as the public area of the recently rebuilt slaughterhouse is now complete. The gallery's initially ugly surrounds began to be transformed in April of this year, and the area is currently undergoing approval.

The new public space of the PLATO gallery will offer residents and visitors of Ostrava a pleasant place to spend their free time. The public space with a lot of planted greenery will show itself in all its beauty next spring, when the freshly planted areas will not only turn green, but will gradually bloom and beckon for walks. However, the public space can also be used as part of artistic activities, and education is also remembered when cultivating planted trees. The basic shape of the space was designed by the architect Robert Konieczny according to the plan of the PLATO gallery itself, the creation of the landscape part belongs to Denise Tomášková and the technical part of the project documentation was prepared by the Ostrava MS-projekce s. r. o. The cost of the reconstruction reached the amount of CZK 44,058,000 net.

"The revitalization of the public space around the slaughterhouse is an essential part of the transformation of the entire location, on the one hand it is the PLATO gallery 'outside', a space for artistic interventions in public space, on the other hand it offers a city garden or park for the residents of the surrounding houses as well as the background for future development . I am very happy that we managed to create a unique public space in Ostrava, a place where you can see, feel and experience something new, unconventional, another of the places in Ostrava that you can discover gradually," said Deputy Mayor Zuzana Bajgarová.

The current shape of the space was inspired by the original layout of the buildings, which were subsequently demolished, leaving only an uneven terrain with different surfaces. However, they became the basis for the current optical division of outdoor space, current roads and sidewalks. While the original visualizations brought a large concrete plateau for the surroundings of the renovated former slaughterhouse, later the natural solution of the location won out in a rather unconventional concept. The area is planted with a lot of greenery in the form of lawns, meadow and medicinal herbs, shrubs and trees. Among the perennials, you can find lavender, rue, sage, peppermint, purple coneflower and many other plants. Planting of the entire area took place gradually, so that some areas are already beautifully green. A water area in the form of a small lake, a biotope abundantly planted with aquatic plants, was placed in the middle of the greenery. Old varieties of apple trees were also planted, which will be gradually shaped as part of educational programs. Two underground storage tanks will be used to water the greenery, which will collect water from the roofs of the slaughterhouse building. In order to prevent the possibility of rainwater flowing into the gallery during heavy or long-term rains, the entire space is drained by a drainage system that drains the rainwater into the aforementioned tanks.

Historical slag cubes, which were found during excavation work around the slaughterhouse, were appropriately incorporated into the site. The communication connection between the PLATO gallery and Porážková, Janáčkova and Masná streets are paved roads and sidewalks, which are connected by parts of the roads made of grassed infiltration grates. The public space includes five parking spaces (one of which is for the disabled). To increase comfort, there are two drinking fountains with drinking water. The space will be supplemented with three pieces of concrete historical bollards, found during excavation work connected with the reconstruction of the slaughterhouse's own building. The entire area is designed as a pedestrian zone. The PLATO Gallery plans to use it for its various activities, and will expand the indoor exhibition areas with outdoor exhibitions and related activities. At the same time, the newly renovated area will also serve the public as a place of rest and relaxation.

The city of Ostrava continues to develop the entire location. Construction work is currently underway on the construction of the extended Masná street, the aim of which is to connect Janáčkova and Stodolní streets. Work began in August this year and the completion of this construction is planned for December 2022.