A private school has opened in Kutná Hora, which offers studies in the English language 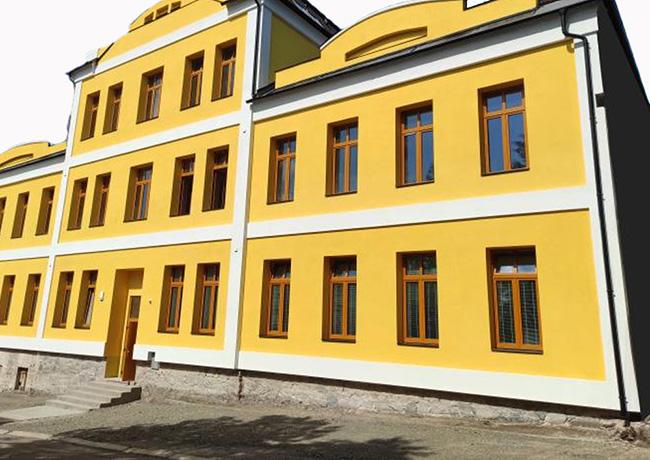 Today, a new private high school Digital Academy opened in Kutná Hora, which offers studies in the English language completed with the English International Baccalaureate. It was created by the reconstruction of the original Malín primary school, which was canceled in 2012 and the city was unable to sell the building for a long time. So far, one classroom has been opened, after the full reconstruction, more classrooms will be added, according to mayor Josef Viktora (ANO).

In half a year, the workers reconstructed the first above-ground floor with two main classrooms. Pupils can also use the outdoor yurt in the school garden. So far, a first-year class with 21 students in the field of Information Services in Business has been opened. It is to continue with the reconstruction of the next floor, where more classrooms will be added.

A new owner acquired the former Malin small class last year for five million crowns. In Kutná Hora, the building, which had no use, could not be sold for a long time. It therefore changed the conditions of sale and no longer insisted on use for social purposes.

The Malín school was closed in the fall of 2012 due to the fact that only 17 children entered it, and not a single first-grader. The councilors therefore decided to cancel the small class, which caused a wave of resentment in the local area with approximately 1,500 inhabitants. According to some locals, the town hall let the school fall into disrepair so that it would not have to continue operating it. Sometimes there was also talk in Malín about a possible secession from Kutná Hora. The city administration at the time objected that many parents from Malín send their children to large schools that have better facilities.

Further information about Malín school can be found on the link below.
Source: CTK
Photo: dahora.cz