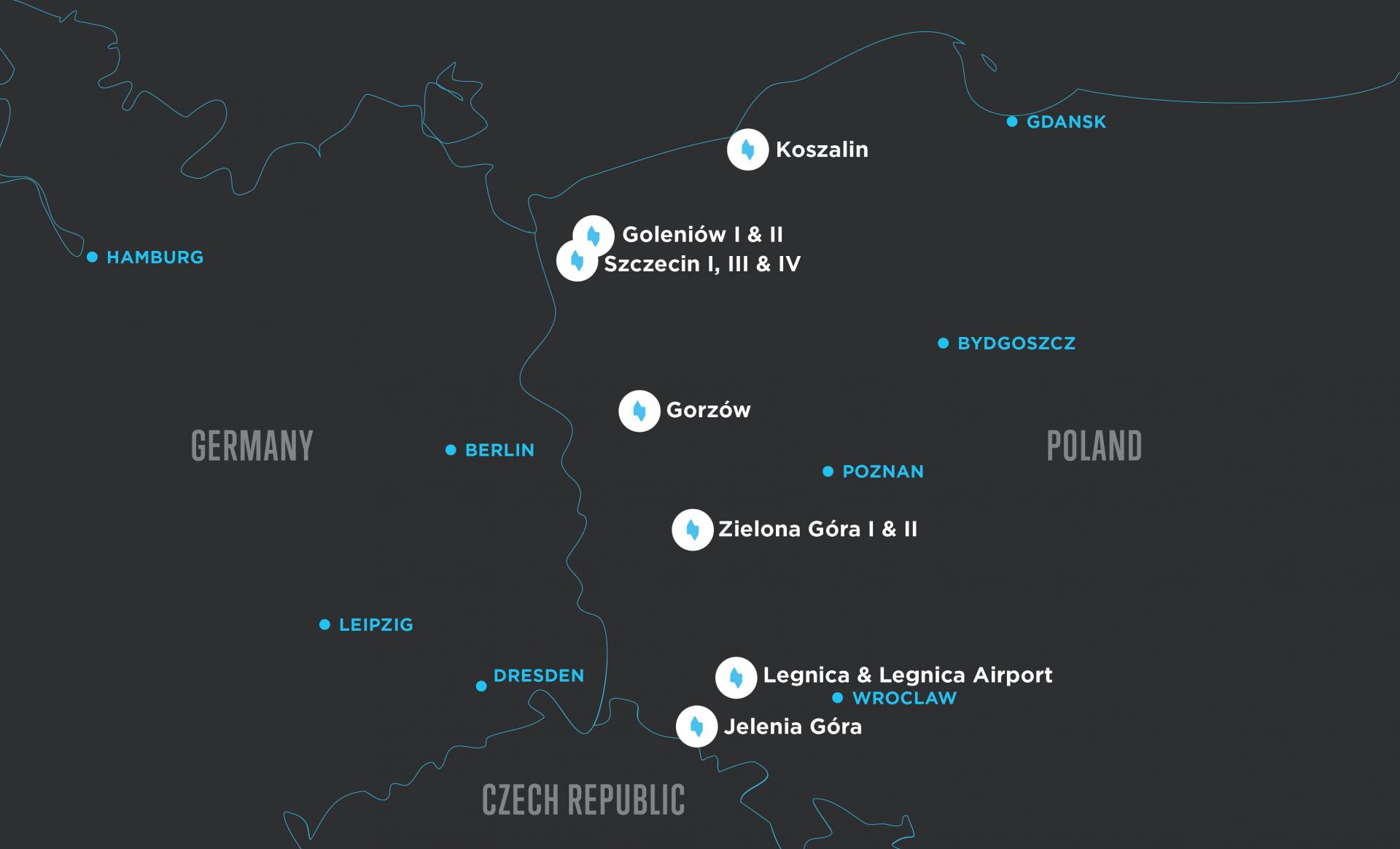 The Accolade Group currently has 580,000 sqm of warehousing space near the western Polish border and plans to almost double the size of this space in the near future. Accolade is one of the first players to invest in building modern infrastructure for business in this region. The group continues to invest in the park in Goleniów, while also entering a brand-new location in Jelenia Góra. This is another step contributing to strengthening its position as one of the most important investors in industrial real estate in western Poland.

The value of the latest investments in the expansion of the Goleniów park and in the construction of a new Jelenia Góra park amounts to EUR 71 million. These two expansions follow a number of the Group's previous investment activities along Poland's western border. In 2016, for the first time in western Poland, the Group injected funds into the development of a modern industrial park in the Szczecin region, which has gradually become the largest park in Accolade's portfolio with an area of 230,000 sqm.

For last few years, Accolade has been continuously pursuing significant growth of the Western Poland region, opening parks in Goleniów (63900 sqm), Gorzów Wielkopolski (53 500 sqm), Zielona Góra (128000 sqm), Legnica (61200 sqm), and Koszalin (13600 sqm). Accolade's investment activities have placed it at the forefront of the most important investors in the region, as evidenced by the fact that its warehouse space in the Western Pomerania region already accounts for nearly 30% of the total capacity of local warehouses, and in the Lubuski region for more than 22%.

"When we chose the western part of Poland to enter the country, some people wondered why we didn't go to Warsaw like other investors. However, I am glad that we took this step and entered the western border region, which I saw at the time as having great potential for significant growth and progress. The region lies on the borders with Germany and the Czech Republic, boasts large cities with a substantial workforce, solid transport infrastructure, and a co-operative local government. The current interest of companies to enter this area only confirms my initial assumptions," comments Milan Kratina, CEO of Accolade.

The new location in Jelenia Gora fits perfectly into the Accolade portfolio of parks along the western border. With approximately 80,000 inhabitants, it is the fourth largest city in the Lower Silesian Voivodeship and is also conveniently located in terms of transport at the crossroads of the transport corridors between Germany and the Czech Republic. However, all of Accolade's modern parks near the western border lie along the major S3 expressway which connects this part of the country with the Polish coast. The whole area is easily accessible from Western Europe.

Almost half of the warehouses in Jelenia Gora are already leased to clients who are expected to come to the park in Q2 2022 and occupy nearly 10,000 sqm.

"The market with industrial parks near the western border of Poland is relatively young, but it is developing very dynamically due to its advantageous location. This is also perceived by tenants, whose interest in the area is constantly growing, and we are responding to this with further investments, such as the expansion in Goleniów and our entry into new locations. The area around Szczecin is a key Polish region for the logistics industry due to the extensive network of rail, road and air connections and seaports," adds Michał Białas, Country Head Accolade Poland.

“I have no doubts that the demand for logistics space will record further increases in the next three years, even compared to the recently observed record level of interest. The still huge potential of the western regions of Poland for the industrial real estate market is reflected not only in the scale of demand, but also in the structure of concluded contracts. By the end of the third quarter of 2021, in all three provinces in which Accolade is active, over 80% of this year's space has been leased under new contracts. For comparison - the average for the whole of Poland is currently slightly below 70%. A confirmation of the growing interest in these areas by investors is the fact that the warehouse resources base in the voivodeship in the West Pomeranian and Lower Silesian Voivodeship, it will increase by as much as 25% in the coming quarters,” says Tomasz Mika, Director of the Warehouse and Industrial Space Department at JLL in Poland.