According to Polish analysts, the wage pressure may become apparent next year 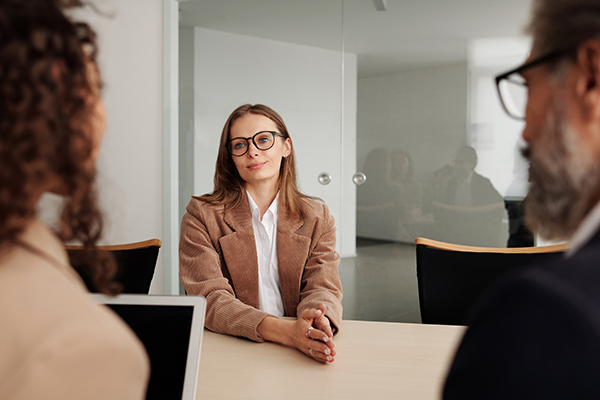 June data on employment dynamics were slightly higher in both employment and wages. According to economists, the element of the last year's low base effect is still visible in the annual dynamics, and signs of wage pressure may become visible next year.

According to the data of the Central Statistical Office (GUS), the average wage in the enterprise sector (employing more than 9 people) in June this year. grew by 9.8% y / y, while employment in enterprises grew by 2.8% y / y. In monthly terms, the average salary increased by 2.9% and amounted to PLN 5,802.42. On the other hand, employment in enterprises increased by 0.3% on a monthly basis and amounted to 6 359.3 thousand people.

As reported by the Office, in the case of the average gross monthly salary in the enterprise sector, in June 2021, compared to the previous month, there was an increase by 2.9%. It was caused, among others, by payments of quarterly bonuses, jubilee bonuses, incentive bonuses, annual bonuses, as well as overtime pay (which, apart from base pay, are also included in the remuneration components.

The Central Statistical Office (GUS) reported that the increase in average employment in the enterprise sector was the result of, inter alia, admissions in units, increasing the number of full-time jobs of employees to the level before the pandemic, as well as lower absenteeism due to unpaid leaves and receiving sickness benefits - which, depending on the overall duration, could also affect the manner of recognizing these people in the average employment and at the same time in salaries.

Economists point out that the expiration of financial shields by the Polish Development Fund (PFR) did not stop the employment trend in the enterprise sector. The negative impact of the lack of shield support will be observed among micro-enterprises.

Wage dynamics will slow down in the coming months due to the waning base effect. The occurrence of subsequent waves of the pandemic will bring with it a weaker impact on the economy and thus - in the later part of the year - according to analysts - it will keep the growth rate of wages at increased levels.

Economists emphasize that in June this year. the highest increase in employment since 2007 in the enterprise sector has been observed, but compared to the pre-pandemic situation, employment is still lower by 86.6 thousand. posts.

Analysts indicate that the labor market reacts with a long delay to economic developments - i.e. in this case to the recession caused by the pandemic. A more precise assessment of the labor market - in their opinion - will be possible in the second half of the year.

Below are the most interesting comments from analysts:

"In May, the high reading (10.1% YoY) was understandable due to the low base effect from last year. But in June this effect began to fade away quickly. The fact that the growth of wages practically did not slow down for this reason (it amounted to 9, 8% y / y) means that the wage pressure in the Polish economy is growing," Karol Pogorzelski, senior economist of ING Bank

"Throughout 2021, we forecast that wages in the enterprise sector will increase by approx. 7% y / y. The risk of wage pressure related to high labor demand is growing with the simultaneous depletion of available employees (the wage level in June exceeded the level indicated by the pre-pandemic trend), but this issue should only become a bigger problem for the labor market in 2022," economist of Bank Pekao Adam Antoniak Kamil Łuczkowski.

"Thus, we expect a gradual decline in employment dynamics from July towards 2% y / y and towards 0.5% y / y at the end of 2021. As in the case of employment, in July we expect a decline in wage dynamics towards 8.5% y / y We forecast that in the coming months, along with the higher reference base, the wage growth will gradually decline towards 6.5% y / y in December 2021," economist of BOŚ Bank, Aleksandra Świątkowska.