ADP: 56% of young Poles are concerned about finding a job after the pandemic 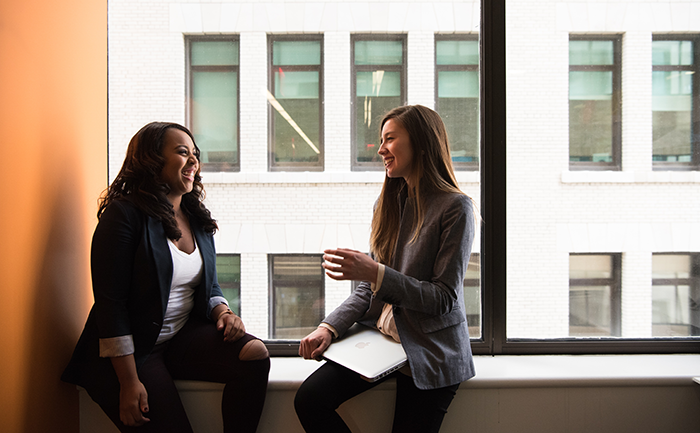 Due to the COVID-19 pandemic, 28% of Polish workers aged 18-24 lost their jobs or had to take unpaid leave, and 22% of them had their salaries reduced, according to the ADP study "People at Work 2021: A Global Workforce View ". In turn, 56% of young Poles fear that it will be difficult for them to find employment in the future.

One of the effects of the COVID-19 pandemic was the acceleration of digitization and implementation of new processes in companies - including remote work. Young people, who were good at new technologies, easily adapted to dynamic changes, which their employers often tried to use by commissioning new At the time of the change, as well as during the staff shortage caused by the coronavirus pandemic, new obligations were imposed on many of the youngest employees.

According to the report "People at Work 2021: A Global Workforce View", 41% of young generation workers had to take on additional tasks during the COVID-19 pandemic, and 21% were assigned a new role in the company. In turn, half of Polish employees in the 18-24 range say that they have been well prepared for the role they have assumed. In the case of 32% of the respondents, employers provided additional training, while 37% of them received a salary increase.

Importantly, the COVID-19 pandemic did not translate into the willingness of employees to stay in their current workplace. According to the study conducted by ADP 'People at Work 2021: A Global Workforce View', only 9% of Poles from the so-called Generation Z is willing to stay in the current organization from 5 to 10. Every third respondent in this age group admits that he does not have a future with his or her current employer more than a year or two. 18-24 years are planning the future in the current company for a maximum of another two years, while 12% intend to stay in their organization for 5 to 10 years.

According to data from the ADP report, 6% of Generation Z workers openly admit that they lost their job, while 16% that they were forced to take unpaid leave, as a result of which their life and work situation deteriorated. 5% of them were also temporarily dismissed, with the possibility of later working for the same employer. In addition, more than half of the respondents (56%) of Poles aged 18-24 in the ADP survey expressed concerns that it will be difficult for them to find a job after the pandemic - this is a result of nearly 10 percentage points. higher than the average for 17 countries (47%). These are not the only concerns that affect Generation Z employees. Every second young Pole admits that he or she expects negative effects of the COVID-19 pandemic related to financial security in the next 3 years.