Alko lock in every car, EU is introducing mandatory preparation for its installation 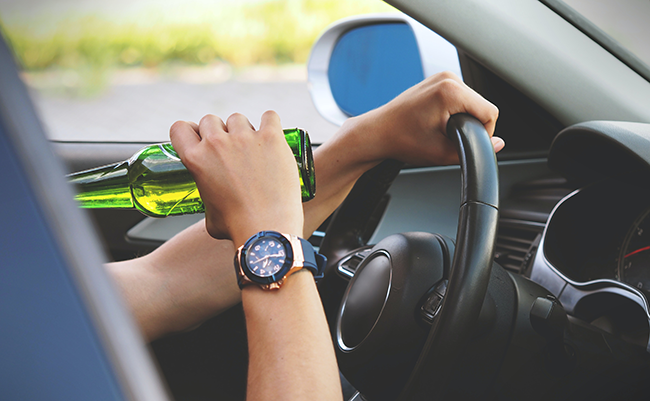 Over four thousand accidents are caused annually on Czech roads by drivers under the influence of alcohol. In the last three years, 165 people have died in these accidents. Alcohol testers or the installation of alcohol locks in cars can prevent accidents in which alcohol plays a role.

According to EU regulation 2019/2144 / EU , from July 2022, all newly manufactured cars within the EU will have to have a "standardized interface that facilitates the later installation of alcohol immobilizers in motor vehicles". This can be compared to the so-called "preparation for the car radio", which once received the basic design of cars of lower classes - the car had cabling and speakers, the device itself had to be purchased by the motorist.

The new cars will go under lock and key

Two years ago, the European Parliament approved that cars newly approved for use on 6 July 2022 in the European Union would have to be prepared for the retrofitting of an alcohol lock. "The device works in such a way that the driver does not start the car until he breathes into the detector. If it detects alcohol in the breath, it automatically locks the car, the extension is connectivity to company systems or mobile and web applications for online information transfer,” explains Libor Novák, a company to Dräger, which develops alcohol testers.

The reason for the union's decision is the fact that, according to statistics, alcohol is the cause of a quarter of all road deaths in the EU.

Alcohol lock in cars is not a complete technological novelty. Its variants have been on the market since the 1990s. Volvo carmaker started offering it for ordinary cars in 2007. And in many European countries, this technology is mandatory, at least for professional drivers.

Scandinavia was the first to introduce the obligation to install alcohol locks. The widest obligation to use alcohol locks today applies in Sweden, where they are installed not only in the cars of people who used to drive under the influence, but also, for example, in school buses or taxis. And Sweden is followed by other countries. For example, in Riga, Latvia, a lock is mandatory for all buses. Before each ride, even professional drivers in France have to "breathe".

"The possibility of installing an so-called alcohol lock in the vehicles of drivers who repeatedly have a problem driving under the influence of alcohol deserves attention in our country as well. According to the European Road Safety Council, in connection with rehabilitation programs, a 50 percent lower recurrence rate can be expected compared to drivers for whom this program has not been applied. Finally, for individuals at risk who, for example, repeatedly drive under the influence of alcohol or other addictive substances, introduce the obligation to complete a rehabilitation psychology course,“ recommends Roman Budský from the VIZE 0 Platform.

"The question of whether the obligation to introduce alcohol locks for professional drivers is, of course, not only up to the legislators, but also to individual carriers. We know that their installation contributes to the awareness of the driver's responsibility for his entire crew and, conversely, to building trust in the driver among his passengers," points out Libor Novak, noting that the problem in the Czech Republic is unfortunately not only the so-called residual alcohol.

This is also confirmed by police statistics from 2020. Most traffic accidents were caused by the culprit, whose value was measured above 1.5 per mille (a total of 2,872 accidents, which is 51 accidents less than in 2019). In order for the driver to inhale this value, one thing is not enough, five beers are needed. In another 3,543 accidents, alcohol above 1 per mille was found in the culprit. This represents 79% of all accidents caused by alcohol. In 2020, the police also dealt with 261 accidents caused by other addictive substances. This is the second highest number of such accidents since 2010. A total of 12 people were killed in these accidents.

Fine plus driving ban
tatistics from the police show that in 2020 alone, there were 4,486 accidents in the Czech Republic caused by drivers under the influence of alcohol. The result was 50 dead and 173 seriously injured.

All this despite the fact that the Czechia is a country with zero alcohol tolerance on the road. If the police find out that the driver drank before driving, he faces not only a fine but also a driving ban. If he has more than one per mile of alcohol in his blood, he has committed a crime and, in extreme cases, the court can send him to prison. As in the Czech Republic, zero tolerance applies in other European countries, including Romania, Hungary and Slovakia.

"In the future, it is necessary to insist strictly on the level of alcohol in the blood of drivers. After all, this is supported not only by everyday practice, but also by the recommendations of the World Health Organization, the European Commission and the European Road Safety Council. The same goes for cyclists. Cyclists and alcohol are two concepts that do not go together. In the long run, it is precisely cyclists in whom the share of accidents with alcohol in the total number of accidents caused by them is the highest of all groups of road users,“ says Roman Budský from the VIZE 0 Platform.