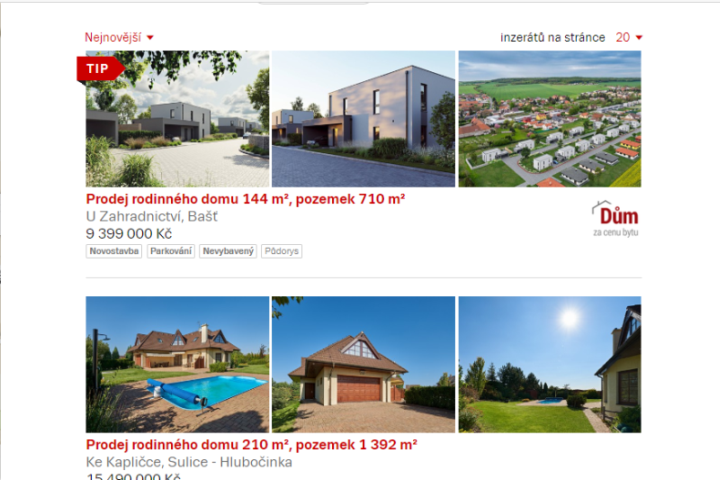 Foreigners make up roughly 7 percent of all clicks on real estate advertisements web pages, according to an article in Lidove noviny. Its survey found that the biggest groupings of foreigners investigating sale or rental offers were Slovaks, Germans and Americans. The newspaper admits that while clicking is not the same as buying, it indicates that it's becoming increasingly more common for Czechs to discover they have foreigners living in their neighborhood. The biggest of the real estate portals is Sreality.cz which has around 76,000 advertisements. It reports that more than 92 percent of all of its users are located in the Czech Republic, but it offers Russian and English versions of its pages in addition to Czech. Portal Bezrealitky.cz, which offers English pages in addition to Czech, says than one in 20 of its users is from abroad. LN quotes Petr Hana of Deloitte, who says that "customers from western Europe tend to buy older flats closer to the center of Prague, while those from Eastern Europe prefer new developments in specific locations in the wider center of Prague." Hendrik Meyer of Bezrealitky.cz says that the number of foreigners looking for housing in Prague has gone up by 25 percent since 2019.