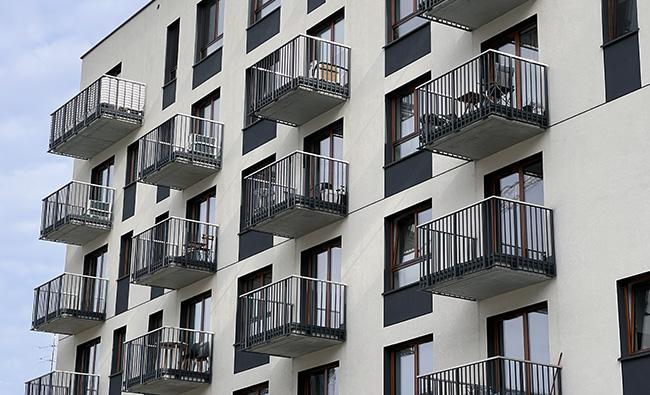 The average price of older flats in Prague returned to the values of late 2021 in the fourth quarter of last year. Compared to the spring price increase, the average 65 sqm flat in the wider centre of the capital lost almost CZK 680,000. This is according to a study by real estate group European Housing Services (EHS), which uses data from its founding members - real estate services Bezrealitky and Maxima Reality.

At the end of the first quarter of last year, an older apartment in Prague cost almost CZK 123,000 per square metre. However, the price fell during the year and in the fourth quarter it was roughly at CZK 112,500 per sqm, practically the same as in the fourth quarter of 2021. Brno saw a similar price development, where the same apartment lost CZK 475,000 compared to last year's peak, according to EHS. The average price of a square meter in Brno fell to CZK 87,902 per sqm.

"The gap between individual flats continues to widen on the market. Prices are falling exclusively where the property has some of the handicaps - for example, a large commuting distance, is before reconstruction or in an energy-inefficient building. Prague and Brno apartments in good locations are still selling at similar prices as in the summer," said Hendrik Meyer, head of EHS, on behalf of Bezrealitky,cz.

The cheapest flats sold for CZK 32,486 per square meter were in the Ústí nad Labem region, four percent less than in the third quarter. In the Karlovy Vary Region, they were priced at CZK 36,406 and in the Moravian-Silesian Region at CZK 40,273 per square metre, both regions saw the same nine per cent decrease.

"It is already clear that the real estate market is on a slide. Now we are just trying to predict how long it will be," said Meyer of EHS. He estimates that partial price drops for older apartments can still be expected in the first quarter of this year, but stagnation will prevail. The market will take a breather in the second half of spring and with it may come a significant turnaround, Meyer said.

For rentals, the number of people applying for an apartment decreased in the fourth quarter, according to the study, while in August an average of 39 people applied for one, at the end of the year it was 16. The reason, according to EHS, is the greater number of properties on offer. "There were not only houses and flats left by Ukrainian refugees returning to their homeland, but also renovated apartments bought just before the tightening of mortgage credit last spring," EHS says.

In Prague and Brno in particular, there are a growing number of households for whom it is more economically viable to start renting out their large flat and move to a smaller one. Or they prefer to put the apartment they originally provided, for example, to their student offspring, on the open market. "More and more households are renting to compensate for the rising costs," said Tomáš Bojda, director of the Your Manager service.