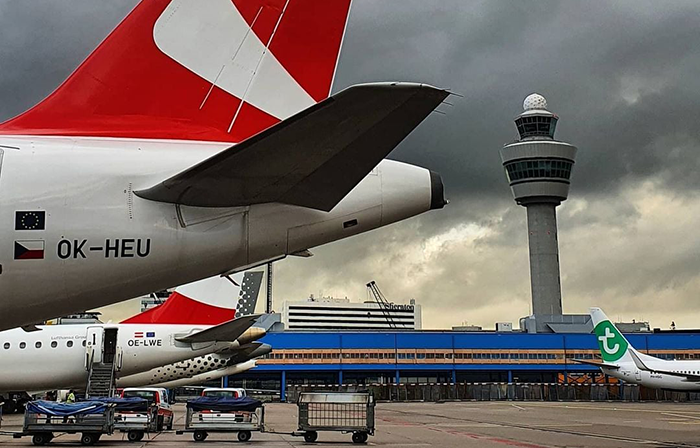 Air traffic is still in deep crisis due to the coronavirus pandemic. At Prague's Ruzyně Airport, it handled almost 251,000 passengers during the first quarter, which is 90 percent less year-on-year. The crisis also changed the workload of individual destinations, the most popular being Dubai. The spokesperson of Prague Airport Kateřina Pavlíková said today. In the coming weeks, the situation should gradually improve slightly, with some carriers planning to resume connections.

The coronavirus crisis in the Czech Republic erupted in full force last March. The year-on-year decline of 90% in the first quarter is thus largely still in comparison with the pre-crisis situation. The crisis has significantly changed the workload of individual destinations. While last year passengers from Prague most often went to London or Moscow, now the most popular destination was Dubai. This was followed by Amsterdam and Egypt's Hurghada. The airport handled a total of 6943 flights during the quarter of this year.

Currently, there are regular flights of about 20 carriers to more than 30 destinations at the airport. There are connections to important European cities such as Amsterdam, Paris or Frankfurt, which act as key transfer points. There are also direct flights to, for example, Egypt, the Canary Islands or Malaga, Spain, Madeira and Lisbon. Flights to Dubai or Doha continue from long-haul flights. From April, there are also new schedules of up to six flights a week from Turkish Airlines to Istanbul. A completely new route to Bucharest is planned to be launched by Blue Air, another novelty will also be the AnadoluJet route to Antalya from May.

In the coming weeks and months, the airport expects a gradual resumption of connections to other summer destinations, including Croatia, Greece and Malta. "We are in contact with airlines and other routes around Europe could be renewed depending on the development of the situation. If some conditions begin to relax and simplify, airlines are responding to increased demand very quickly," Pavlíková explained. Passenger demand is key for carriers. According to the spokesperson, the airport is ready to strengthen traffic.

The decline in air traffic was also reflected in air traffic in domestic airspace. In the first quarter of this year, flight dispatchers recorded 44,120 flights in the Czech sky, which is 74 percent less than in the pre-crisis development in 2019.

The pandemic restricted aviation for most of last year. Václav Havel Prague Airport handled 3.66 million passengers last year, which was a year-on-year drop of 79 percent. At the same time, it was the lowest number of passengers in the last 25 years.