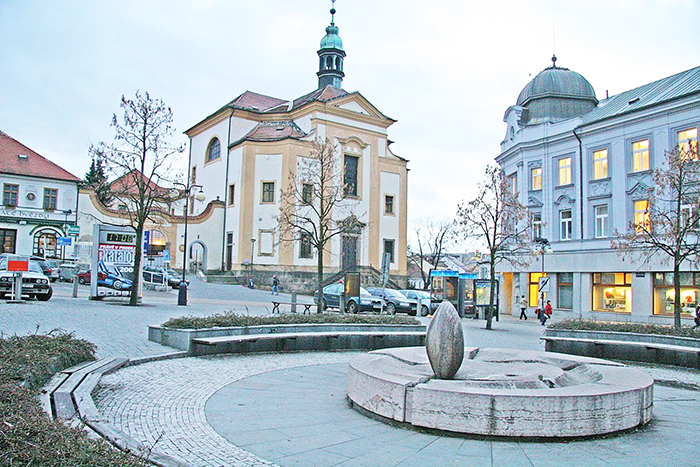 Benešov wants to acquire a Piarist dormitory in the city center, which the church is offering for sale. Today, the deputies decided that the town hall could negotiate a purchase agreement with the Prague archbishopric. The price is CZK 40 million and is to be divided into two installments.

Most of the deputies agreed that it is one of the most important buildings in Benešov and the city should acquire it. According to them, it would be irresponsible for someone else to buy it and let it fall into disrepair. Only part of the opposition, YES, expressed concern that the town hall would place a disproportionate burden on its budget by buying the building.

The building is leased with the exception of two offices, the rental income is CZK 1.9 million. According to Deputy Mayor Roman Tichovský (ODS), the building may remain in its current condition for some time, but it is necessary to gradually replace the windows and repair the facade. In the future, it is necessary to consider a larger investment in connection with the use of the building that the city will choose.

The representative for YES, Jakub Hostek, was surprised that the town hall has not thought about what to do with the building. He reminded that Benešov is bothered by the poor condition of the Pošta hotel and has no use for the Tábor barracks. "I find it absolutely irresponsible to buy another such building," said Hostek. Jiří Švadlena also criticized the purchase for YES, while Jaroslava Pokorná Jermanová took a positive view of it.

Tichovský objected that if someone else bought a Piarist dormitory, he could let it fall into disrepair. "Who else will take care of the monument but the state or the municipality?" he asked. Hlavnička expressed a similar opinion. According to him, the offer is on the table, and if the city does not react quickly, the building will no longer be available.

The Piarist dormitory was built in 1708 with the Baroque church of St. Anne, which, however, is to remain the property of the parish. Together they form the dominant feature of Masaryk Square. There are 30 rooms on the ground floor of the dormitory, another 20 on the first floor. In the middle of the main building there is a paradise garden with a fountain. The complex has a total area of ​​almost 3,400 sqm.