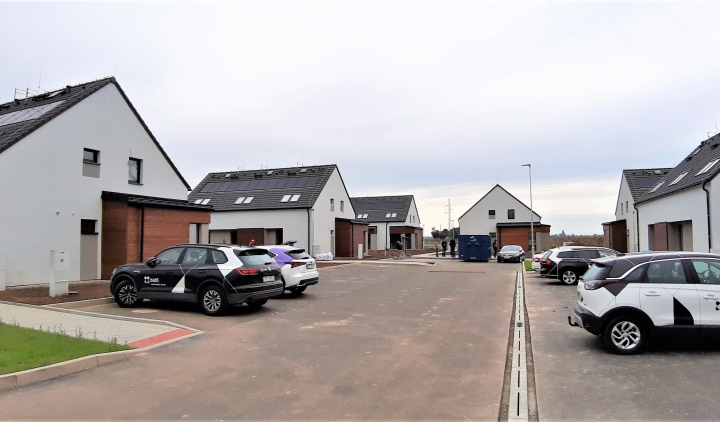 Bidli has begun the construction and sales of the third phase of its low-energy family home project in Rodov, north of Hradec Kralove. In all, 18 new homes are being built in this phase of the project, which will offer a total of 194 units. The occupancy units for the first homes were issued in September, with all of them having been sold and handed over to their new owners. Another 18 of the homes will be completed and handed over by June 2021 with all having been sold already. Bidli's development director Roman Weiser said the monthly installments for a mortgage financing the homes come to less than the rent paid by people living in pre-fab apartment buildings in nearby Hradec Kralove. "We've noticed a new trend in connection with the Covid-19 pandemic in which people are changing the way they think living should look like," said Weiser. "There's less demand for life in the city and people instead would rather live outside of town in nature where they can have their own garden." He said Rodov offers regular bus connections to Hradec Kralove, while an exit for the planned extension of the D11 motorway will eventually offer convenient access for those heading west.