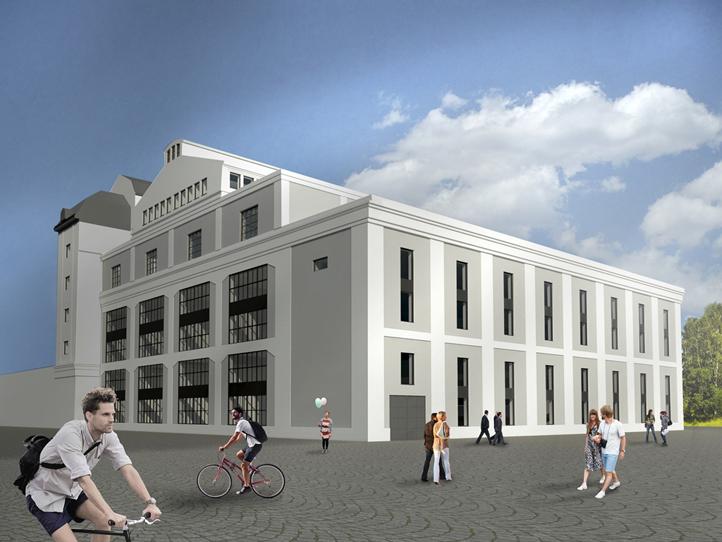 The largest investment of the city of Pilsen in 2022 will be the TechTower science and technology park, which will be created by the reconstruction of the former barracks and the Světovar brewery. The city will spend 329 million crowns on it, which was confirmed by the Monday council when approving the budget. The construction for more than 570 million crowns could be completed by the end of next year, it may move to 2023, according to Councilor for Economics David Šlouf (ODS).

TechTower, which the city began building last spring, aims to motivate young people to stay in Pilsen, start companies and implement ideas. CZK 180 million will come from EU funds for the city's current largest investment. "The science and technology park for start-ups and innovative companies will also be a place where people will meet and be inspired," said Mayor Martin Baxa (ODS). Part of the area, which was named 32 meters high water tower, will be a swimming pool for testing underwater robots. The seven-storey lager cellars with a tower and an administrative villa are undergoing reconstruction.

The Světovar complex was established at the end of the First World War as a competitor to Prazdroj. At that time, it was the most modern brewery in Austria-Hungary. The lager cellars were built of high-quality reinforced concrete skeleton with vaulted shells and brick linings. Tereza Vojtěšková and Milan Varvařovský, the authors of the TechTower architectural solution, took advantage of all its advantages.

"The lager cellars are in two parts. The lower part is a beautiful original hall. All you had to do was design a generous outdoor entrance and create a courtyard," said Vojtěšková. On the ground floor of the villa there will be a kindergarten, on the first floor there will be an office of the city's information technology administration (SIT), a podcast studio and offices for start-ups and for rent.

SIT Director Luděk Šantora believes that a community of young people will emerge at TechTower, who will become top experts and founders of start-up companies. SIT has been setting up the Robotics Center for Technical Education of Children for years. It is followed by the SIT Port project, which focuses on youth from the age of 16 in the form of projects. Talents can continue, for example, in TechTower.

The architects built a swimming pool into the building and illuminated it. The ten meter deep pool will be used to test underwater drones and robots. In the neighboring building there will be a polygon for underground, ground and air testing of robots. "The interest in this type of test space is really great. We managed to connect with the American Standards Institute and we obtained documentation for test tracks and methodology from it. The premises will be used for testing and training work with robots in the integrated rescue system," added Šantora.