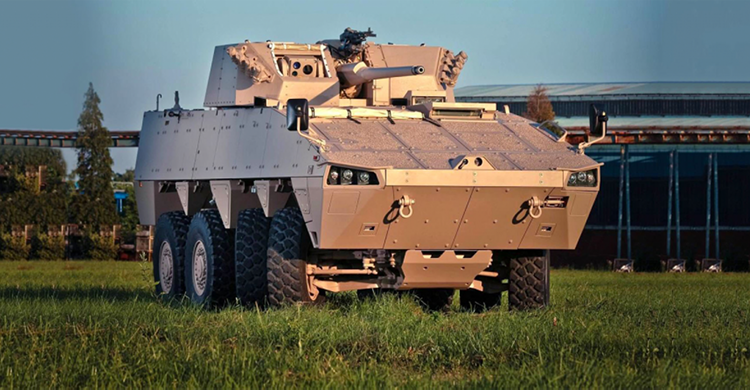 Czech billionaires Jaroslav Strnad and René Matera took over the traditional Croatian industrial group Djuro Djaković. Wednesday's general meeting of shareholders approved an increase in the stake to 82 percent. According to him, they have big plans with the company, especially in the production of freight wagons. They invest roughly 750 million crowns in the company, which is a combination of cash and assets, such as a production line for wagon chassis or certified technical documentation for new products.

The Croatian company, which is based in Slavonské Brod in eastern Croatia and which, in addition to wagons, manufactures and mainly repairs military equipment, was founded in 1921 and at its peak was one of the largest employers in Croatia with 17,000 workers. It also produced locomotives, for example, and during the war against Serbia in the 1990s, it became an important enterprise for the production and repair of military equipment.

The company was on the brink of bankruptcy for many years and had to be continuously bailed out by the state, which had a stake in the company that was gradually getting thinner. According to HN, he will have a seventeen percent share in the new arrangement. The company now employs over 1,000 people, two years ago, when Czech businessmen became interested in the company, there were several hundred less.

Now Djuro Djaković is going through a tough restructuring, but at the same time the production of freight wagons is growing. The military part of the company has signed a memorandum for servicing more than 50 Bradley infantry fighting vehicles, which the Croatian army received from the US. "In the first stage, which should end this year, we want to make the company's operations more transparent and complete the restructuring. Then we will launch innovations and at the same time move part of our know-how to Croatia," said Adam Šotek, chairman of the board of CE Industries, an industrial company owned by Jaroslav Strnad. Together with René Matera and his Promet group, they created the company DD Acqusition, which acquired a minority stake in Djuro Djaković in 2020. Strnad's CE Industries has a majority of 65 percent in DD Acqustion, Mater's 35 percent.

Both entrepreneurs are close to freight cars. The company CE Industries owns Vítkovické železnično opravny, the Strnad family was also previously involved in the Legios wagon company from Louna, and Promet, in turn, manufactures parts for wagons in the Czech Republic.

This year's turnover of the Djuro Djaković engineering company is heading towards almost two billion crowns, and the EBITDA profit (profit before taxation, depreciation and interest expense) could reach roughly CZK 120 million.