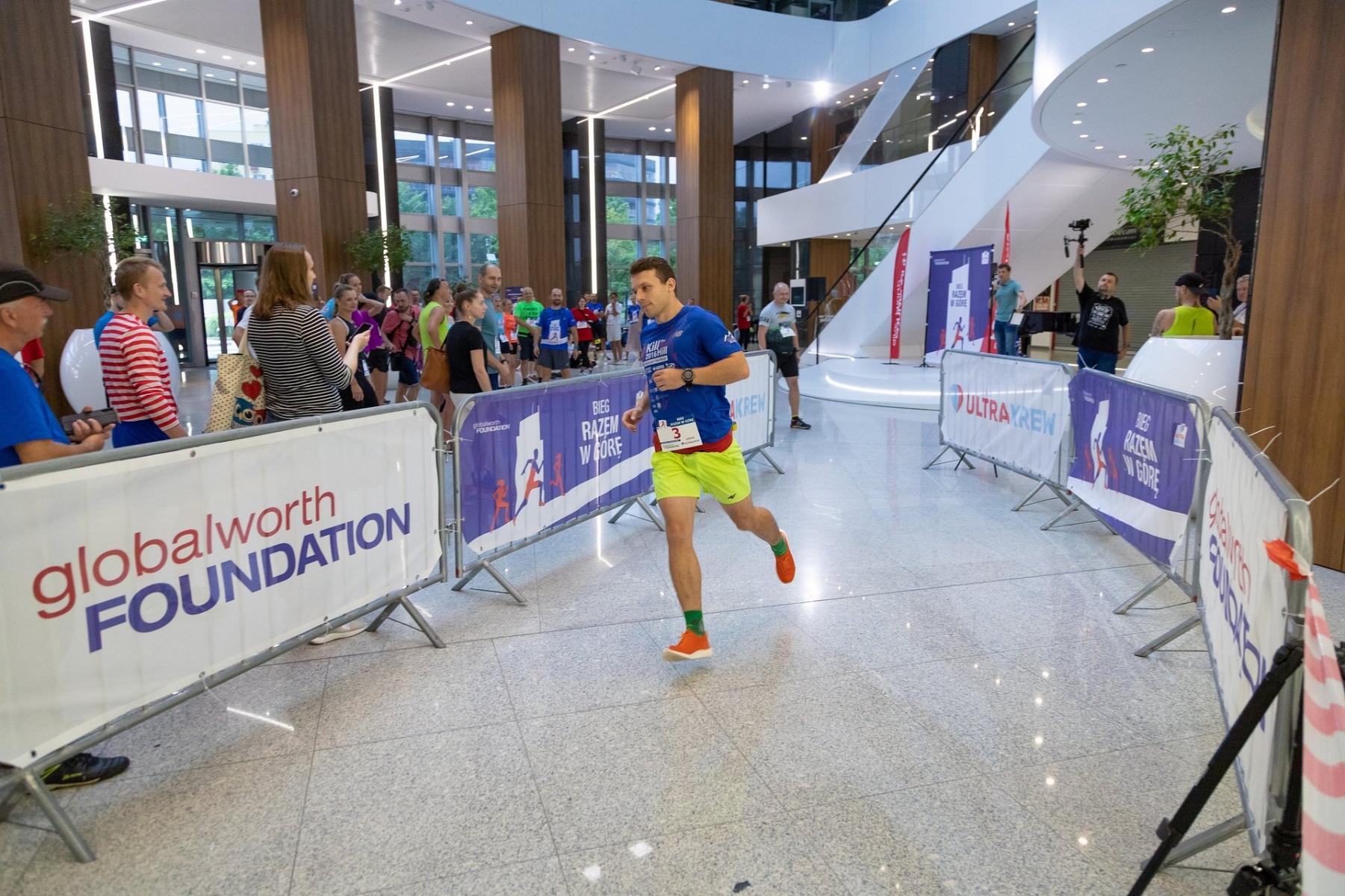 Over 60 liters of blood was collected thanks to the "Together Up" run organized by Ultrakrew and the Globalworth Foundation on the 35th floor of the Warsaw Trade Tower. One unit of blood can save up to three people's lives. Thanks to "Together up", as many as 411 people were able to help.

After crossing the finish line, each of the runners at the finish line received a commemorative medal, a well-deserved reward for their effort and a form of gratitude for donated blood.

The first three places among women were taken by: 1. Klaudia Krajewska, 2. Małgorzata Hasiuk and 3. Izabela Kurz.

The best time 00:04:29 was achieved by Adrian Bednarski. The next places were taken by Krzysztof Iwan and Artur Kubiński.

The firefighters also took part in the "Together up" race. In full gear, they climbed the stairs of the skyscraper, treating the run as a form of exercise and training.

"The 'Together up' run to the 35th floor of the Warsaw Trade Tower is a unique event promoting blood donation. All those participating in it were united by the idea of ​​selfless help and sports activity. By joining the Ultrakrew campaign, we want to raise public awareness of the need to donate blood on a regular basis. Sharing blood is a wonderful gesture and invaluable help in saving human health and life. We are delighted to be able to support and encourage voluntary blood donation as the Globalworth Foundation," Rafał Pomorski, board member of the Globalworth Foundation

"We want to motivate people to act. To show how much depends on ourselves. How in a simple way, without financial commitment, we can save others' lives and take care of ourselves through sports activities. Ultrakrew connects socially engaged business. Many thanks to the Globalworth Foundation for more than a partnership. It has been and will be a collaboration that is held together by the same values. And when we have so much in common, together we can achieve even more than the 35th floor of the WTT," Jacek Bastian, President of the Management Board of the Ultrakrew Association.

The event is part of the nationwide summer edition of the Ultrakrew social campaign. Its aim is to promote blood donation and donate blood under the ULTRAKREW slogan throughout the country. Sport is the tool for the undertaken activities.

In order to be able to take part in the event, participants had to donate blood using the ULTRAKREW slogan or persuade someone to donate blood on their behalf in the campaign that started in June.

Warsaw Trade Tower is one of the most recognizable and tallest office buildings in Warsaw. With 42 floors, 208 m high and over 45,000 sqm of office space, the tower is located at Chłodna 51 in Wola, near the intersection of Towarowa and Aleja Solidarności and the Rondo Daszyńskiego metro station.

In April 2019, the property completed the Globalworth portfolio. The insurance company UNIQA has its headquarters in Warsaw Trade Tower, as well as, inter alia, MSD, American Express, Avanssur, BNI and Mattel. Tenants have at their disposal over 400 parking spaces, a modern space for cyclists with changing rooms and showers, and attractive common areas, most of which have already been modernized. The skyscraper also has a green BREEAM certificate at the Excellent level and uses 100% renewable energy sources.