Bolt is launching a new service in Prague, bringing purchases from its own store within 15 minutes 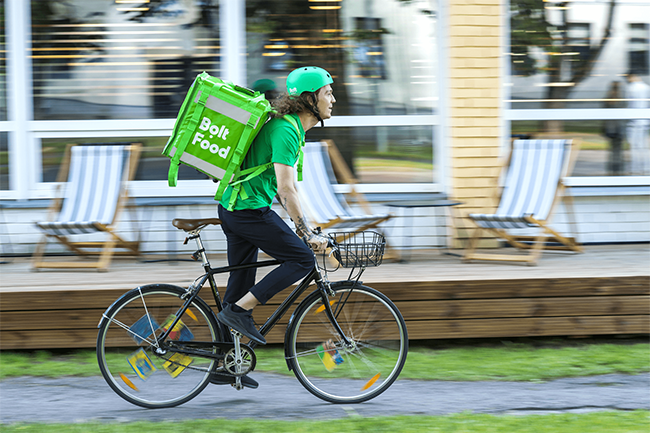 Bolt is launching a new Bolt Market service in Prague today, bringing purchases from its own store within 15 minutes. The service is part of the Bolt Food application and is currently available in Vršovice and the surrounding city districts. The company plans to expand it in Prague, but also to other cities, from January, said Karel Složil, who recently took over the position of Bolt Market Manager for the Czech Republic.

People will be able to order Bolt Market every day from 08:00 to midnight. On New Year's Eve, the operating hours will be extended to 01:00, according to Složil. Couriers will be able to deliver purchases within 15 minutes of concluding the order to Vršovice, Vinohrady, Žižkov or Strašnice. In a slightly longer period, the service will also include Staré Město, Smíchov, Karlín or Chodov.

According to Složil, Bolt Market's offer now includes 1,500 products, such as 40 types of chocolate, about 50 types of ice cream, 150 types of soft drinks or 150 types of alcohol. "We are expanding our offer and range every day and our goal is to reach two thousand products during the first few weeks of operation. We will gradually continue to include local products," said Složil. He added that the minimum price of the order is CZK 150.

Bolt's goal was to launch the service by the end of the year. "I am especially pleased with the launch just before New Year's Eve. With the reach of our Bolt Market in Vršovice, we can cover a large part of Prague, and I look forward to our products supplying Prague households even in the late hours of New Year's Eve. that they will run out of sandwiches just before midnight, or that they will find out that they have nothing to drink at midnight. My ambition is for the people of Prague to solve these worries this year," said Složil.

After Estonia, where Bolt is based, the Czech Republic is one of the nine selected markets in which the Bolt Market service is available first. Through the Bolt Food application, Czech customers can order food in addition to Prague, but also in Brno, Ostrava, Olomouc, Pilsen and České Budějovice. According to the company's earlier information, Bolt Market could first expand to locations where the company already operates with food delivery from restaurants.

The Dame food company launched its Dame market service this year, first in Prague. According to the information on the company's website, Brno, Olomouc, Plzeň and Liberec are now on the delivery map. Shopping is delivered within half an hour every day between 08:00 and 22:00. In addition to food or drugstores, people can also use it to order toys or animal feed.

Wolt's technological start-up began operating the Wolt Market service in the second half of November, when it opened its first store in Smíchov. Now the second one works in Holešovice. Wolt delivers shopping within 20 minutes, accepting orders daily from 08:00 to 22:00.