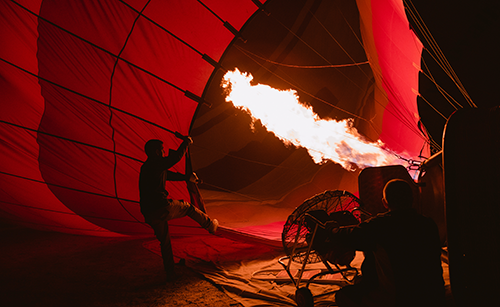 The inflation peak should be flat and stand at around 15% by September this year, while in Q4 this year it will be inflation should slow down, and its strong slowdown should begin in Q2 2023, to approach around 7% at the end of next year, says Paweł Borys, president of the Polish Development Fund (PFR). In his opinion, next year the zloty should "get back into shape", i.e. the EUR / PLN exchange rate should stay in the range of 4.4 - 4.5.

"I assume that we will see a steady downward trend in inflation in Poland from Q2 next year. This inflation should slow down quickly below 10% and perhaps approach this level of around 7% at the end of next year," he added.

According to Boris, in the last two months it becomes more and more clear that the inflation impulse is fading away.

"If inflation is already declining slowly [...] the dynamics of loans is dropping very sharply [...] so there is no longer any justification for interest rate hikes in Poland," he said.

When asked if there was no room for a rate hike, he pointed out: "In my opinion, there is still 0.5-0.75 percentage points, looking at the core inflation at 9.5%, but this is a slight increase".

"But what determines whether interest rates should be raised further and at what level - it is the zloty exchange rate. [...] It seems that when deciding on interest rates, the NBP should keep in mind to keep the zloty stable," he stressed. .

In his opinion, next year there is a chance that the zloty will "return to form".

"I believe that such an equilibrium rate of the zloty is between PLN 4.40 and PLN 4.50. Of course, if we see a drop in inflation, we will be a country with stable economic growth and stable public finances," he explained.

He assessed that fears of a recession are related to the current fluctuations in the zloty exchange rate.

Asked whether, in his opinion, the government will extend anti-inflationary shields also next year (currently they are in force until the end of October, today Prime Minister Mateusz Morawiecki announced their extension until the end of the year), he said: "It is highly probable, as energy prices will remain at a high level, the government is taking steps to mitigate the effects of these increases on Poles. "

In his opinion, any decisions on not extending the anti-inflationary shield may be made by the government only in the second quarter of 2023.

"If we can expect that from Q2 we will see a stronger decline in inflation dynamics, then perhaps it will be the first moment for the government to think about not extending anti-inflation shields anymore," he stressed.

The Central Statistical Office (GUS) announced today that, according to the flash data estimate, consumer inflation amounted to 15.5% annualized in July this year. (compared to 15.5% y / y in June).