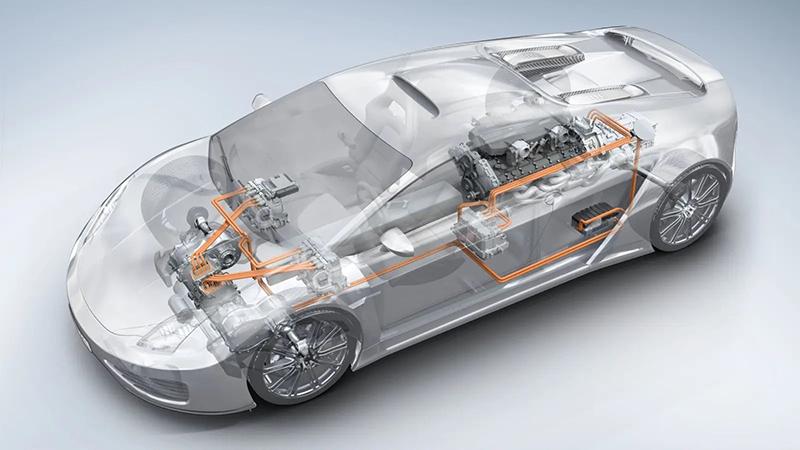 The České Budějovice company Robert Bosch will start producing components for electric cars within two years. It is also developing hydrogen technologies. Last year, it had a turnover of CZK 17.7 billion, which is less than two percent higher year-on-year. At the beginning of June, it opened a new building for development and laboratories for eight million euros (almost CZK 200 million). This year, just like last year, it had to cancel shifts because the carmakers lacked chips. The executive of the Budějovice plant, according to Milan Šlachta. The company with 3,600 employees is one of the largest employers in the region. It belongs to the group of the largest manufacturer of car components.

"Within two years, new production will begin, when we will supply so-called contact strips for electric cars. Electromobility is very much in our development," said Šlachta. The company is also developing a fuel cell for light commercial vehicles and hydrogen trucks. It is also developing technologies for the preparation of water for the production of hydrogen. The diagnostic module for sealing the tank in cars with internal combustion engines will also be added to the novelties.

According to Šlachta, last year had two very different semesters. "The first was a significant increase in turnover compared to the covid months of 2020. If we talked at the beginning of last year about the lack of chips for the automotive industry, we can talk about a crisis since the first half of the year. they were looking for employees and growing to the pre-pride level, so that in the second half of the year we would be looking for tools to keep people, "said the managing director, who is also the head of the Bosch Group in the Czech Republic and Slovakia. Last year, the company invested CZK 850 million in production, automation, a large part in injection molding tools.

The year before, the company ended up with a loss after tax of CZK 121.9 million with revenues of CZK 17.4 billion. The reason was lower demand due to the coronary crisis, according to the annual report. The company has not published last year's profit yet.

This year, a similar turnaround awaits as last year. Material is still missing. "Once again, we have reached a state where we have had to interrupt shifts. The situation is still very critical. Getting parts from Southeast Asia when two ports in China close is incredibly difficult," said Šlachta. Cables, semiconductors, serious logistics were missing. Transport, pallets and packaging have risen in price by tens of percent. Energy prices are also rising.

On June 1, the company commissioned a three-storey building for development, with 210 people moving in. It also strengthens departments that develop DNOX systems that reduce nitrogen oxide emissions - these are modules for diesel engines in cars and trucks. About half of the 3,600 employees in České Budějovice now have about half of the production staff. The company employs over 700 developers and is looking for more. Compared to last year, about 200 employees were lost, part of the agency left, and Bosch did not fill the vacancies due to natural fluctuations.

Almost one hundred percent of Bosch's products from České Budějovice go to foreign markets, mainly to the EU. At the end of last year, the Bosch CR Group had over 8,100 employees and a turnover, including exports, of almost CZK 50.1 billion. The Bosch Group employs 402,600 people worldwide. Last year, it had revenues of EURO 78.7 billion (approximately CZK 1.94 trillion).