Bp Polska: So far, no significant decrease in demand for fuels has been observed 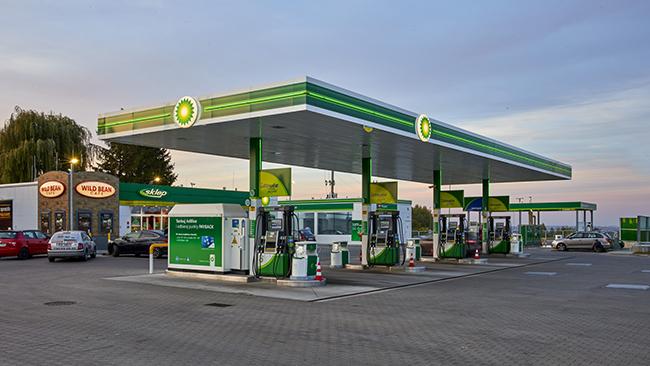 High fuel prices have not significantly reduced demand on the Polish market, which may be due to the effect of inertia, as well as other factors that have an adverse effect on the market, the president of Bp Polska Bogdan Kucharski.

"It is still difficult to assess whether high fuel prices will significantly reduce the demand for fuels, because you always have to take into account a certain inertia effect, which causes the effects to appear with a delay. So far I do not see a significant slowdown, but if it will happen, the demand for fuels will inevitably slow down, especially for diesel, because it is a kind of barometer of economic activity," said Kucharski.

He made the reservation that at the same time there are other forces operating in the market that may have an adverse effect on the market.

"The war in Ukraine first caused a short-term shopping panic at the stations, then stabilized, but still the activity and mobility of the market seems greater than before its outbreak, for example thanks to the additional traffic generated by the huge number of refugees from Ukraine, which translates into additional demand at the stations," Kucharski added.

In his opinion, in addition, Poland is the only large and expensive channel for supplying Ukraine with all the necessary goods, from fuel and humanitarian aid to military equipment, and all this is also largely done by road.

"It should be expected that this situation will continue also after the end of the war, during the country's reconstruction, when the needs related to supplies to Ukraine will probably be even greater than at present," he stressed.

The head of Bp in Poland is of the opinion that high inflation and expensive fuel in the short term may reduce activity and reduce fuel demand, but at the same time in the long term it may contribute to accelerating the transformation related to electromobility.

The bp concern, which started operating in Poland in 1991, had 563 fuel stations at the end of 2021, which meant the second position on the market.

The network of Bp Poland stations will increase by about 20 net outlets in 2022 and the company wants to maintain a similar pace of development in the coming years, announced the president of Bp Polska, Bogdan Kucharski

"The dynamics of this year is that we are building our own stations quite intensively, which will be built in 2022 19-21, depending on the pace of construction works, and we will add about 15 dealer stations. At the same time, we are optimizing the existing network of our own and partner stations, completing Some contracts and selling the least effective stations. As a result, the net bp network should increase by 17-18 own stations and about 5 partner stations, that is by a total of more than 20 outlets," said Kucharski.

Currently, a total of 572 stations operate in the bp network in Poland.

"We want to maintain this pace of development also in the coming years. We have already secured 9 more locations on motorways and expressways, which are all those we wanted. Construction of the stations in these places will start in 2023," he added.

As he emphasized, the bp realizes that the transformation will force changes in the functioning of petrol stations, both in terms of heavy transport, which will have to decarbonise sooner or later, and passenger transport.

"Currently, the average visit to the station takes 5-7 minutes. In the future, even with the assumption of fast chargers for electric cars, it will be at least 20-30 minutes. We will adapt the station offer to offer customers comprehensive service and effective use of this time," Kucharski summed up.

The bp concern, which started operating in Poland in 1991, had 563 fuel stations at the end of 2021, which meant the second position on the market.