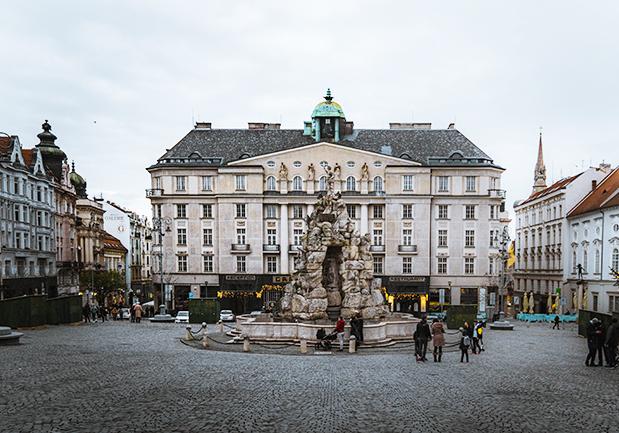 Brno wants to issue a change in the zoning plan, which will allow the construction of a research camp called Porelova Quarter near Porgesova Street. Filip Chvátal (KDU-ČSL), councilor for spatial planning, announced yesterday at a press conference. According to him, a third campus would be created in Brno after Masaryk University and VUT. It is planned by a private entity near Mendel University. According to Jiřina Studenková from Mendel University, this is not a university project. In addition, Brno is planning two territorial studies for the development of the Palcary localities and at Holzova Street.

The councilors recommend that the deputies issue an amendment to the zoning plan concerning the locality between General Píky Avenue and Porgesová Street. "The aim is to enable the construction of a research campus called the Mendel Quarter, including the development of housing and accommodation for employees, trainees and consultants of this institution," said Chvátal.

In addition, the city will have two territorial studies developed for the development of the two sites. Territorial studies are the first of 27 that are a condition for a new spatial plan, in which these localities are so far left only in general. One study concerns a site at Holzova Líšni Street, where housing construction is planned. "There is a need to define more detailed spatial regulation. It is also necessary to create public infrastructure, residential areas for relaxation, greenery and the necessary public amenities," Chvátal said. According to him, the transport connection to Bratří Šmardů and Borkovcova streets and ensuring permeability from Holzova street will be important.

The second territorial study concerns the Palcary locality near the Brno Zoo and the natural floodplain of the Svratka River. "Thanks to the study, the city and the city district will receive a proposal for meaningful development of the locality in which the unused brownfield is located, the area of ​​the former collective farm. It will be necessary to take into account local government requirements.