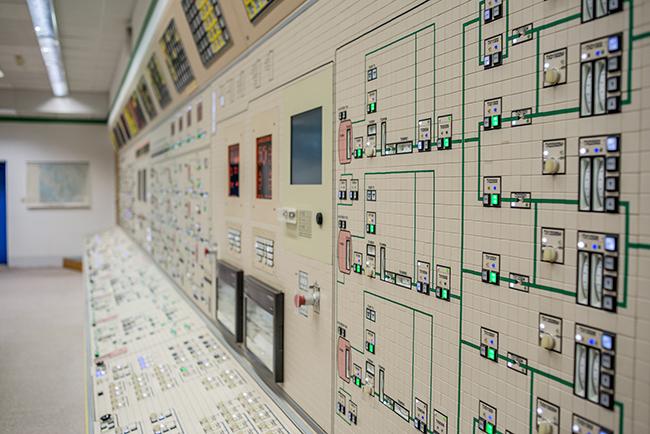 Czech energy group CEZ and US firm Westinghouse signed a nine-year contract for an upgrade to the control systems in nuclear power plant Temelin worth billions of crowns, the companies' representatives announced.

It took three years to prepare the project, and the work will start this year. Some of the activities can only be performed when the units are taken offline because of fuel replacement. The first such closure is scheduled for April 2022.

The US company said it is its biggest deal for the control systems it has signed since it installed the original equipment at Temelin.

"It's just an upgrade to the systems, however, the talks lasted more than a year," said CEZ CEO Daniel Benes.

"Safety is a top priority for us but we also insist that the work should not impact Temelin's operation. All that had to be prepared thoroughly," he added.

The contract was signed on September 13.

According to CEZ, it is one of the technically most demanding projects in Czechia's history. It is Westinghouse's advantage that, apart from CEZ, it has the best knowledge about the systems it supplied to Temelin, said CEZ spokesman Ladislav Kriz.

The equipment has been functioning well since 2000, said CEZ board of directors member Bohdan Zronek.

A lot needs to be done for its gradual modernization given that Temelin is to be in operation for 60 years and possibly longer, he said. That is why the entire project covers a period until 2029, he added.

The deal is the culmination of over 10 years of cooperation between CEZ and Westinghouse, the US company said.

Westinghouse is one of the bidders for the construction of a new unit at nuclear power plant Dukovany. A security questionnaire was sent to France's EDF, KHNP of South Korea and Westinghouse.

Most of the fuel used by Temelin has been delivered by Russian company Tvel.

CEZ tested six fuel assemblies from Westinghouse Electric Sweden at Temelin in the spring of 2019.

In 2018, CEZ confirmed it was developing LTA (Lead Test Assembly) assemblies based on a contract with Westinghouse Sweden Electric.

Temelin, Czechia's largest electricity source, covers about a fifth of the country's consumption.