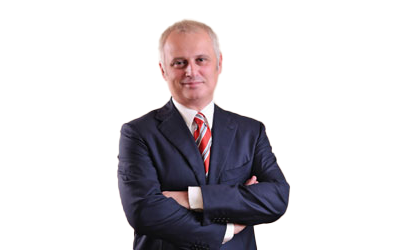 The city of Belgrade will demolish the building in Vidovdanska Street, build a new one in the same place within a year and all citizens who own apartments will get apartments of the same size in the new building, said Deputy Mayor Goran Vesić after the meeting with tenants, which was attended by Miljko Valjarevic, protector of the citizens of the City of Belgrade.

This offer of the City was accepted in principle by all tenants, and Vesić specified that each of the tenants will sign a contract with the Directorate for Construction Land and Construction of Belgrade, which will demolish the building and build a new one.

"This means that they will move into apartments on the location where the old building is located within a year, as long as the design and construction procedure should last. In the meantime, the tenants who live in the "Slavija" hotel will be accommodated in city apartments that they will not pay for, where they will be able to live until a new building is built," said Vesić.

According to him, in order to prevent such situations in the future, the City of Belgrade will send a request to the Government of Serbia by the end of this week to change the Law on Planning and Construction as a matter of urgency and to introduce an obligation for investors to have a third party insurance policy.

"This is a real example of how the City should stand behind its citizens and I guarantee that citizens will live in the same place and in the same square footage. When the tenants sign the contract with the Directorate, they will be offered the opportunity to take some of the existing apartments instead of the apartment in Vidovdanska Street," Vesić further stated.

He emphasized that this does not stop the criminal proceedings against the investor, the supervision, the one who performed the works, and that everyone will be responsible for the damage because there are also movable property. This is not a city building, but a municipal building permit, because it is being built under 1,500 sqm, but it is important to help the citizens, said Vesić.

There is no one in Belgrade who would put his signature that it is safe for people to enter the building and take their things. Today, we heard the interpretation of the dean of the Faculty of Civil Engineering, who said that even filling the ground would not make the building safer. We are waiting to see what needs to be done to make it safe for people to enter the building and take things. There is also an option according to which only members of the Sector for Emergency Situations will enter the building, without tenants. More important is anyone's life than material things, regardless of value. In that case, the damage will be assessed on the basis of the statements of the victims, according to the Law on Natural Disasters, and such is the case, for example, after major floods. The process of issuing a building permit is also the subject of a prosecution investigation, but as far as I understand, the problem here is not in the permit, but in the disrespect of the project,that is, regulations concerning the depth of digging and securing the pit, Vesić pointed out.

All procedures will be accelerated, more precisely, they will be done in an urgent procedure, which is enabled by law in case of natural disasters. The design will be completed in the time period as needed, a maximum of two, two and a half months, and immediately after that, construction will begin, said Vesić.

In addition to the initiative to change the law, which would oblige the investor to take out insurance policies, the investor should also undertake to survey all surrounding facilities before construction begins, and that initiative is yet to be worked out.