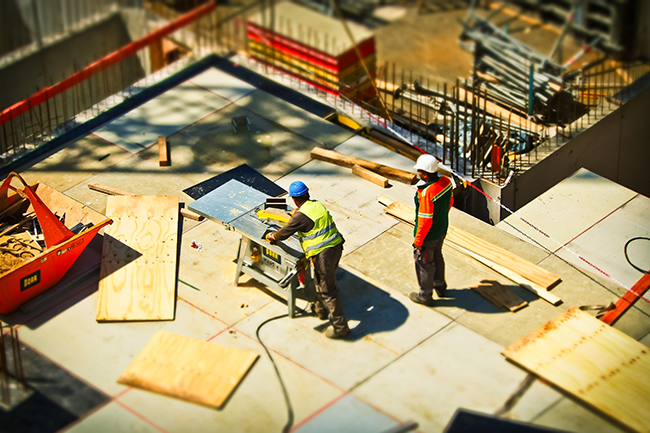 The Central Statistical Office announced that consumer inflation in August amounted to 16.1 percent. per year. Everyone waited for its fall, but it grew. Almost all groups of goods are more expensive, today we pay for them more than a few months ago, but for the next few we will pay even more than today. This has serious consequences for most companies.

Construction is among the industries most affected. In theory, the prices of building materials could fall due to the stagnation in mortgage loans, which are extremely expensive after interest rate increases. The fewer flats under construction, the smaller the supply of materials and a drop in their prices. Unfortunately, the costs of building materials are also affected by the opposite trends, increasing their prices. First of all, a huge part of the costs is due to energy prices and logistics, these costs will not decrease in the near future. According to the August report by the Central Statistical Office of Poland (GUS), the prices of energy, i.e. electricity, gas and coal (by 40.3%), which are of great importance in the production of building materials, grew the fastest during the year. In second place in terms of growth, the CSO mentions car fuels (by 23.3%), which are also important in the construction industry. In the long term, concerns about the lack of gas also contribute to the increase in material prices. Producers also expect that after the end of the war in the east, huge demand from this direction will suck in all possible materials, and their prices will rise sharply. It will therefore be more expensive in construction.

"The construction companies we are talking to have a clear position: we need to buy as much as possible in stock and as soon as possible. It is expensive, but there is no doubt that it will be even more. The industry operates in very volatile and uncertain circumstances. On the one hand, fewer housing investments, on the other, the peak of the construction season and high inflation in the industry. However, to make stocks you need money, cash available immediately - for now. The bill is very simple - polystyrene bought today is much more expensive than a year ago. So the money has to be dug up, for example, from under the ground," says Marek Sikorski from Finea, a factoring company for small businesses.

Prices of insulation materials, including polystyrene, have recorded the highest increases since 2021. And it is practically month after month. The latest data from August showed that the prices of thermal insulation increased by 62% compared to the previous year. In August last year, a cubic meter of polystyrene cost an average of PLN 180. Now you pay PLN 253. So this year, for PLN 180, you can buy not a cubic meter, but about half. Admittedly, prices of polystyrene have stabilized somewhat, but many Poles are trying to insulate their houses before winter at all costs, so it is not known whether there will be further increases.

Usually, the ordering party and the payers of invoices do not take this into account. They have their problems and would like to pay for the work late. For example, in the case of commercial construction investments, they would prefer to pay when they start to bring income.

"The construction industry has been operating in the deferred payment model for a long time. Unfortunately, what was once an unpleasant but acceptable circumstance now becomes a serious problem. While earlier it was a standard to accelerate payments for invoices with deferred payment terms, now almost every time a client from the construction industry asks for reverse factoring. This means that he would like us to also finance his invoices for building materials necessary to complete the orders. For these entrepreneurs, the cost of providing financing is significantly lower than the increase in material prices with such high inflation. Currently, practically every subsequent order for building materials has a different calculation. Higher of course. Some quotes are only valid for a few hours. Hence the rush in reserve purchases, says Mateusz Skworonek from the eFaktor factoring company.

Recipients of construction services do not accept cheaper materials and worse substitutes. These cost less and would allow you to partially escape inflation, but investors and clients do not prefer such a solution. In addition, it would run the risk of requiring corrections and warranty repairs. So there is no advice, you have to buy as quickly as possible and stock up.