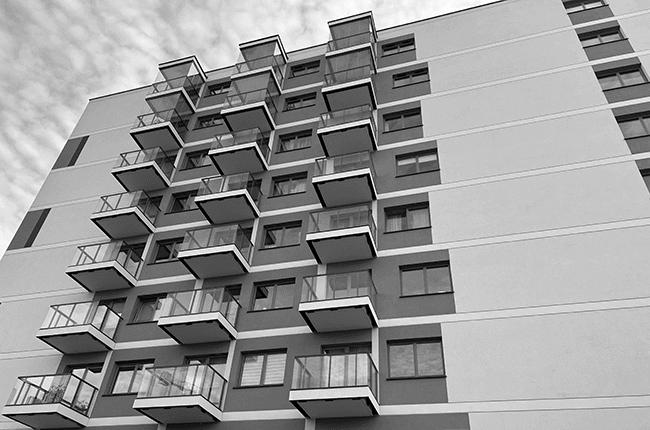 In the South Bohemian Region, construction of 1,605 flats started in the first three quarters of this year, down 30 percent year-on-year. The construction of flats in new apartment buildings fell significantly. In the first nine months of 2022, 240 housing starts were made, which is less than a quarter year-on-year. Firms in the region completed 1,456 apartments from January to September this year, up 207 from the same period last year. This is according to information from the Czech Statistical Office (ČSÚ).

Among the flats that started to be built in the region, those in new family houses prevailed. They accounted for more than two thirds of the construction. "An unprecedented decline was recorded, on the contrary, in the construction of flats in new apartment buildings in southern Bohemia," said Irena Votrubová from the Regional Administration of the Czech Statistical Office in České Budějovice. The České Budějovice district accounted for one-third of all new construction in the region, although construction there fell by almost 40 percent year-on-year. The biggest year-on-year increase in the construction of flats was recorded by the statisticians in Písek, by 81 percent. According to the ČSÚ, housing construction there has been in decline so far.

In southern Bohemia, builders completed 1,456 flats from January to the end of September this year. Compared to the same period of the previous year, this is almost 17 percent more. According to the statistics, the region has traditionally been dominated by completed flats in new family houses, with their share of finished flats reaching almost 61 percent. The ČSÚ records a "relatively significant" increase in the number of completed flats in new apartment buildings, with almost a third more completed year-on-year. Almost half of all newly completed flats are in the České Budějovice region.

The statistical data are consistent with the findings of Wienerberger, the largest producer of burnt bricks and roof tiles in the Czech Republic. The company records that demand for masonry materials has fallen since August. It has decreased by 20 to 30 per cent for single-family houses and by 20 to 30 per cent for apartment buildings. Moreover, from January to September, bricks on the Czech market became 22 per cent more expensive. And next year, prices will continue to rise, the company's CEO Kamil Jeřábek said. He expects that next year the demand for building blocks for apartment houses will fall even more: developers are not starting as many new buildings as before, he said.