Construction of the line from Palmovka to Čakovice in Prague 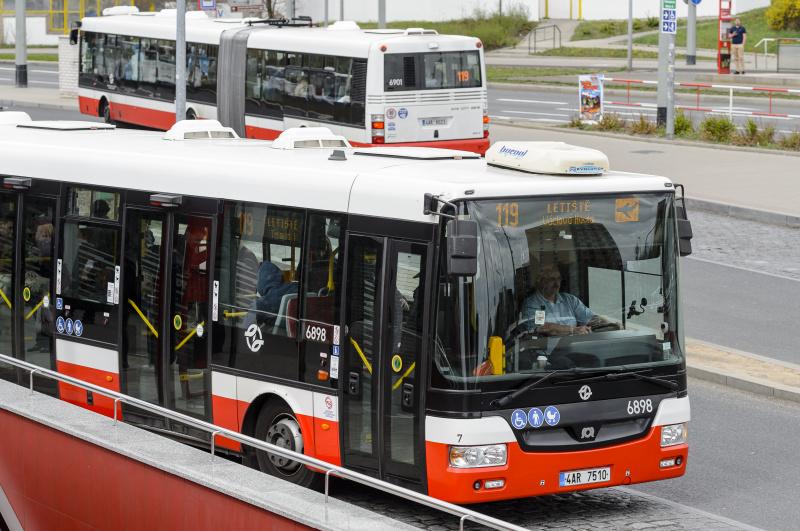 Yesterday, the Prague Transport Company (DPP) started the construction of a trolleybus line from Palmovka via Prosek and Letňany to Čakovice. Trolleybus line 58 will run along the new line, which will replace bus line 140.

Representatives of the DPP management and the Prague City Hall announced this to journalists today. The last trolleybus line in the metropolis ceased operations in 1972. DPP is also planning to electrify other bus lines. The company is the largest city company and operates public transport.

"We are starting to build an eleven-kilometer line, and thus we will return trolleybus traffic to the streets of Prague," said Adam Schreinherr (Prague Sobě), Deputy Mayor for Transport and Chairman of the DPP Supervisory Board.

The construction of the overhead contact line is provided for DPP for CZK 283.7 million by the association of companies Elektrizace Praha and OHLA ŽS. The construction of the trolleybus line should take about ten months, in October, according to DPP estimates, the line should be put into trial operation. During the construction, the company will use the already built approximately kilometer-long line in Prosecká Street. A new line will be established between Palmovka and Kundratka, Kelerka and the Prosecká stop, and between the Letňany terminal and the Čakovice shopping center.

Trolleybuses will be powered from the trolleys about half of the track, the rest will run on battery power. According to the technical director of DPP - Surface Jan Šurovský, the addition of batteries to trolleybuses brings the most sustainable form of electromobility for cities such as Prague. Schreinherr similarly said that emission-free trolleybuses will be more environmentally friendly and will ensure a smoother and quieter ride compared to bus transport.

New trolleybuses will operate the line. In 2021, DPP announced a public contract for the supply of 15 articulated battery trolleybuses. According to Schreinherr, the winner of the tender should be known in the coming days. According to Šurovský, the delivery of cars will affect the date of commencement of operation of the new line.

A trolleybus line ran in the locality from 1952 to 1965, Šurovský informed. The route of the then trolleybus line started at the U Kříže stop and led along Prosecká Street through Krocínka to the railway station in Čakovice. According to him, it was mainly used to transport workers to factories. Since 2018, line number 58, connecting Palmovka and Letňany, has been in trial operation. Most of the route, the car was powered by batteries.

Prague and DPP are preparing to electrify other lines. Deputy Mayor Petr Hlubuček (STAN) said today that by 2030, at least 75 percent of the DPP fleet should be replaced by emission-free electric buses, battery trolleybuses and low-emission buses. Trolleybuses should run, for example, on line 119 to the airport in Ruzyně. According to the Chairman of the Board of Directors and CEO of DPP, Petr Witowski, there is currently a competition for car suppliers to ensure operation on the line. Electric cars should also run on lines 131, 134, 137, 176 and 191.

Trolleybuses took to the streets of Prague in August 1936. The first line led from the Střešovice tram depot through Ořechovka and Hanspaulka to the Church of St. Matthew near Šárka. The last trolleybus line to Strahov ended in the autumn of 1972.