Consumer bankruptcy reaches over 7,400 people in first 5 months of 2021 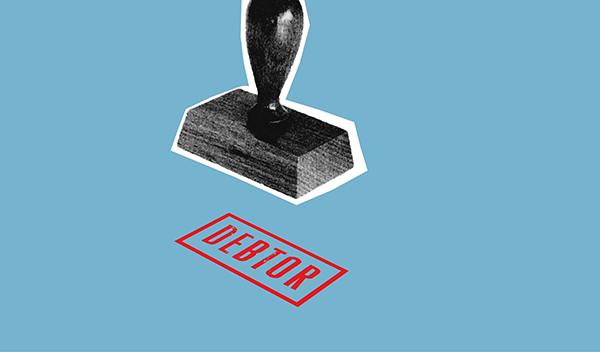 People who declared consumer bankruptcy in the first five months of 2021 are over 7,400 people for the amount of PLN 689.2 million, according to data from BIK and BIG InfoMonitor. In 2020, the value of consumer bankruptcies amounted to PLN 1.36 billion, and this year it may be another at least PLN 1.6 billion, experts forecast.

"Out of 7.4 thousand bankruptcy, over 5.6 thousand have arrears visible in the BIG InfoMonitor and BIK Debtors Register. In almost 90% of cases, the problems of debtors already existed at least six months before the declaration of bankruptcy. This shows that appropriate verification of payment credibility. could prevent the deepening of their debts and the losses of future creditors," said the BIG InfoMonitor expert, Halina Kochalska.

The top ten largest debtors include people who have at least nearly PLN 2.4 million liabilities visible in BIG InfoMonitor and BIK, it was also reported.

Bankruptcy is most often decided by people aged 36-45, and more often than before people aged 26-35.

From 2015 to the end of May this year, over 46 thousand people declared bankruptcy. people, and the debts of the bankrupts exceeded PLN 5.1 billion.

As Kochalska pointed out, the pandemic could also accelerate consumer bankruptcy and "in some cases tipped the scales in the wrong direction and instead of taking it away, it brought bankruptcy closer".