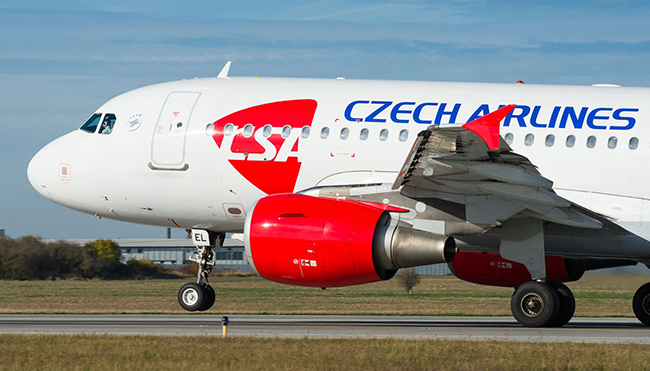 The Prague Municipal Court has allowed the restructuring of Czech Airlines (CSA), declared insolvent in March, within insolvency proceedings, according to the insolvency register.

The reorganisation plan should be drafted by CSA's parent company Smartwings in 120 days, according to the court's decision. Reorganisation aims to rescue the company that keeps operating. CSA's creditors agreed to its restructuring at a Monday meeting.

The insolvency court recognised claims worth CZK 821 million on Monday. It is not the final amount, and most of them are unsecured claims. CSA said in its insolvency petition it had debts totaling CZK 1.8 billion.

Smartwings has asked for CSA's reorganisation which the court now approved. The court has appointed company Grant Thornton Appraisal services to provide an expert opinion on CSA's bankruptcy estate in two months. Company Inskol, represented by Michael Sefcik, has been the insolvency administrator since March.

CSA had to cancel a lot of flights because of the coronavirus pandemic, having dismissed around 300 employees due to its losses last year. In February, it notified the Employment Office of its intention to lay off all of its 430 staff. It said it was part of the prepared restructuring, which means not all employees will possibly be made redundant in the end.

Smartwings has also got into trouble because of the coronavirus crisis. However, it has got a CZK 2 billion loan from four Czech banks. Its total funding will exceed Kc7bn, with money coming from Czech investors, leasing companies and restructuring.