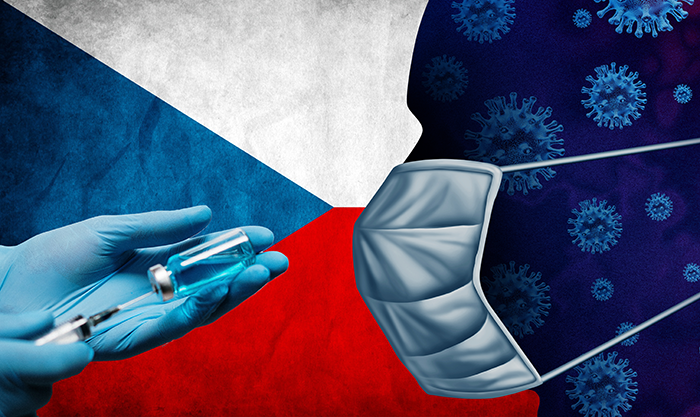 On Sunday, there were 1,911 confirmed cases of covid disease in the Czech Republic, 169 more than a week ago. It was the first week-on-week increase since March 12. Since the beginning of the epidemic last March, more than 27,000 people have died in the Czech Republic who have been infected with the new coronavirus. Most of them died this year. This follows from data on the website of the Ministry of Health.

The new coronavirus infected 1.55 million people in the Czech Republic in more than 13 months. About nine out of ten have already recovered. The daily increases in the number of newly confirmed cases have been declining for about a month compared to the same day of the previous week. The only exceptions since the end of the first weekend in March were Friday, March 12, and Sunday last week.

The disease is now the most widespread on the border of southern Bohemia and the Vysočina region. In the Jindřichův Hradec region, where they recorded 445 new cases per 100,000 inhabitants in the last seven days. The Pelhřimov region follows with a minimum distance.

As the spread of the disease slows, the number of patients with covid-19 requiring hospital care has also been declining in recent days. On Sunday, 5,794 people lay in Czech hospitals with the covid, almost 1,800 less than a week ago. 1,335 patients were in severe condition, which is at least since 21 February.

According to the latest data from the ministry, 29 percent of the approximately 22,700 standard hospital beds with oxygen are available. The capacity of beds with lung ventilation is four fifths.

Laboratories in the Czech Republic performed a total of 34,400 tests for the new coronavirus on Sunday, 13,700 less than a week earlier. Also on Saturday, there were about 14,700 fewer tests in the week-on-week comparison. The effect of the Easter holidays could thus be reflected in the statistics.

The share of positives in the number of preventively performed tests, which make up the vast majority of the total number of tests, rose from 0.92 to 1.39 percent compared to the previous Sunday. In the so-called epidemiological indication, where people are tested, for example, due to possible contact with the infected, the proportion of positives increased from 13.7 to 17.3 percent. In the diagnostic indication, when people with symptoms, for example, are already being tested, the proportion of those infected in the number of tests rose from 11.9 to 19.9 percent.

The value of the PES index, which previously governed anti-epidemic measures in the Czech Republic, has risen to 55 points to date. She was three points lower in the previous two days. The reason for the increase is the increase in the reproduction number from 0.76 to 0.81. The point value of the PES index continues to correspond to the third of the five degrees of epidemic risk. In reality, however, anti-epidemic measures correspond to the fifth, strictest level.

On Sunday, doctors in the Czech Republic administered 10,208 doses of covid vaccine, 700 more than a week ago. 1.2 million people have at least one dose of the vaccine. So far, 576,328 people have received both necessary benefits.