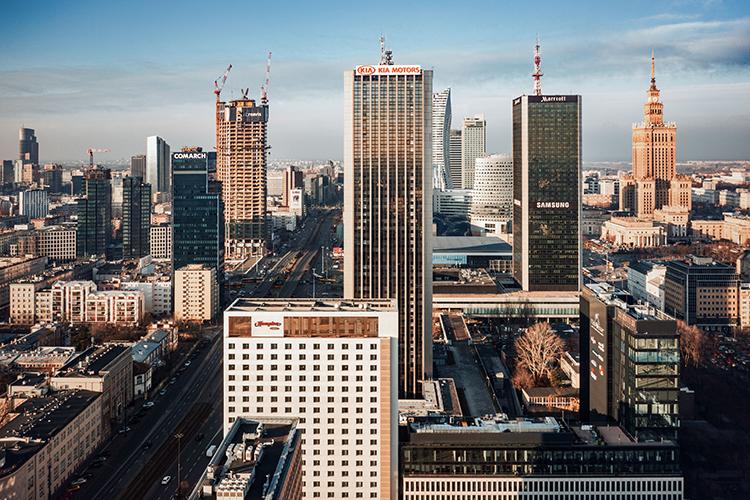 CPI Property Group (CPIPG), the largest commercial real estate owner in the Czech Republic, Berlin and the CEE region, continues to help Ukraine. The investor allocated one million zlotys to humanitarian aid organized by the Capital City of Warsaw.

The amount was declared during the meeting of representatives of the authorities of the Capital City of Warsaw - President Michał Olszewski and the director of the Architecture and Spatial Planning Office at the City Hall of Warsaw - Marlena Happach, with the Country Manager of CPIPG Polska, Barbara Topolska. The meeting took place on March 28 in the Warsaw City Hall.

The money will be deposited into a bank account specially created by the Warsaw authorities. Then they will enter the capital's budget and will be used to help refugees who are looked after by the capital, as well as humanitarian aid for Ukrainian cities from Warsaw.

“The City of Warsaw continues its efforts to help Ukraine. I am proud that our office space is located in the capital city - a city where there is room for every newcomer. Setting up donation accounts is a great step in organizing Structural Aid. With our contribution, we would like to support the most important initiatives of the City Hall, which we discussed during the meeting - the development of the housing and educational system, or the adaptation of Ukrainian citizens to the labor market. As a company, we constantly collect gifts in our office buildings - we have already provided large transport to the Śródmieście District and helped in the organization of an assistance point - Free Ukraine Store, which is located in the CPIPG retail property in Rembertów. Any help at the moment is invaluable, and I firmly believe that Warsaw residents will meet the great challenge that we have faced with their commitment and heart," comments Barbara Topolska, Country Manager of CPI Property Group Polska.

“On February 24, we found ourselves in a completely new reality, which forced us to function in crisis conditions. It was natural that the greatest number of people fleeing the war would go to our country, and in Poland itself, Warsaw became an obvious destination, among others - as the capital, the largest city, but also home to many Ukrainian women and Ukrainians before the start of the Russian invasion. At this particular time, we all reported to work. In all city structures, we do our best to respond to this new, difficult challenge. The grassroots movements of our city's inhabitants are a source of pride. However, if it were not for the involvement of private partners, we would not be able to prepare support on such a scale and to such a high standard. Thank you CPI Property Group for your commitment!," adds Michał Olszewski, Deputy Mayor of the Capital City Of Warsaw.

CPIPG is the leader on the Warsaw office real estate market in terms of GLA and has 316,000 sqm of space, available in 14 high-class, perfectly located, "green" buildings. Over 440 tenants have found their headquarters here - both commercial companies from various industries as well as public institutions and universities.