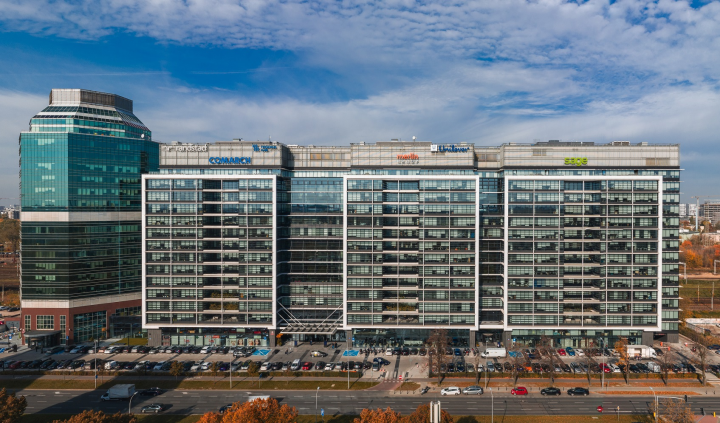 In just a few short weeks, CPI Property Group made an enormous splash in Poland's office sector. For starters, it's acquired five office buildings in Warsaw in the past three months alone. Even more dramatically, in the space of barely 7 days, it announced three major share acquisitions in Globalworth, which is a giant on the Polish office market. CPI's shareholding in Globalworth raced from negligible or less up to 29.4 percent between January 27 and February 4, screeching to a halt just before the 30 percent limit that would trigger a mandatory takeover bid.

The share-buying spree makes CPIPG the largest shareholder in Globalworth (by a small margin). The Czech-based property company insists that its capital structure and financial policy commitments dictate that it won't be purchasing further shares in Globalworth in the near future. “Globalworth is a superb company and CPIPG is proud to be a major shareholder and strategic investor,” said Martin Nemecek, CEO of CPIPG. “We share the strong belief that high-quality offices in major cities of the CEE region will continue to perform well.”

CPI's Warsaw strategy shouldn't have come as a surprise, of course. Back in October, during Expo Real, the company unveiled its investment strategy going forward and the Polish capital was all over it: "CPIPG expects to acquire more than €800 million of high-quality offices in Warsaw, Poland during Q4 2019 and early Q1 2020. Our team in Warsaw has identified eight properties totaling more than 235,000 sqm and has signed letters of intent (with exclusivity) on assets valued at more than €700 million." Since then, the company has acquired Equator IV, Equator II, the Warsaw Financial Center, Green Corner and Eurocentrum. The question is, were they including Globalworth in those investment volume figures? This remains to be cleared up.

Globalworth's holdings in Poland spread far beyond just Warsaw, of course. The company set up a property management division at the beginning of 2018 and by the end of January had internalized the property management 250,000 sqm, or 60 percent of its Polish portfolio.