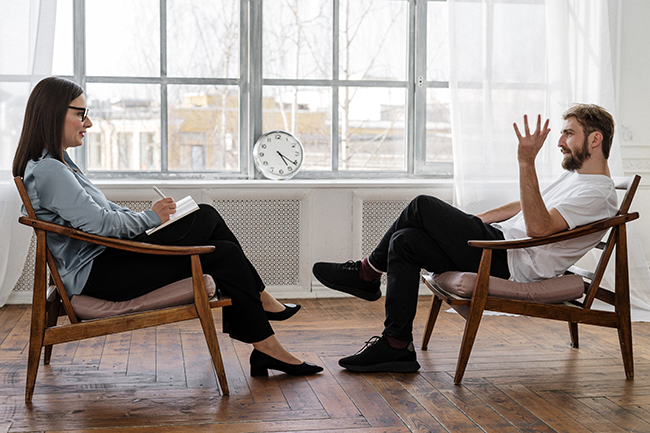 According to the WHO, investing in the prevention of mental health of employees will pay off many times over for companies. To the west of us, therapy is a common practice, in the Czech Republic there is still a stigma, but the pandemic helps to break down. The interest of companies in how to improve the mental health of their employees has been growing in recent months, which is confirmed by the experience of the online therapy platform Terap.io.

Mental health has a direct impact on labor productivity, which companies around the world are well aware of and are increasingly addressing the mental health of their employees. It is simply much cheaper and more efficient to have an employee at work who is, so to speak, "at ease" than to have a depressed person who does not enjoy work. This was confirmed by a WHO study, which quantified the cost of investing in mental health prevention as 4 times less than possible losses due to reduced employee productivity.

"In recent weeks and months, dozens of Czech companies have turned to Terap.io, noting the effects of the pandemic on the psyche of their employees. Companies such as Bonami, Glami and Sodexo have included online therapy vouchers among their employee benefits, "confirmed Chadi El-Moussawi, founder of the Czech online therapy platform Terap.io, which mediates almost a thousand therapy sessions per month.

For example, Bonami has prepared a so-called home office package for its employees, which includes, among other things, credit for the purchase of a monitor and comfortable office chairs or yoga lessons. "One of the components was a psychotherapeutic session, through which we provide anonymous professional assistance to everyone on the team who needs it," says Tereza Vítková, Head of Bonami's HR department.

In the Czech Republic, in contrast to Western countries, we often encounter a certain stigmatization of therapies, where many people, especially men, perceive it as an indicator of their own failure. "The optimal goal of therapy should be the prevention of mental problems, not their treatment. We believe that if the therapy option is included in the list of corporate benefits in addition to meal vouchers and the home office, people will similarly perceive it in a similar way, ”says El-Moussawi.

There are several ways companies can get involved in the mental health of their employees. It can be, for example, training or therapy directly in the company, currently webinars are popular. Most often, however, companies are interested in vouchers for individual online therapy, which the employee can use according to their needs - choose a therapist according to his experience or gender, choose the form of video call, audio call or written form and last but not least, adjust the session to their time possibilities.

According to the experience of the Terap.io platform, people most often turn to therapists because of relationship problems, depression, difficult life situations and, marginally, addictions. The number of people who are not feeling well due to the current pandemic situation, are worried about their health, family, children or work has also increased. Women seek therapy more often. Men tend to perceive talking about their problems as a weakness, which can lead to neglect of prevention and the development of any more serious mental problems.

The first Czech platform for psychotherapy, Terap.io, was created as a result of the difficult life periods of two friends (Chadi El-Moussawi and Jan Sasínek), which they bridged thanks to therapy. Together with a team of experienced therapists, they then decided to create a service that will simplify access to therapy for all. In a few simple steps, Terap.io connects the client with a certified therapist and, after selecting a date, arranges a therapy session in the form of a video call, audio call or chat, safely and without the use of third parties. Thus, those interested can undergo therapy at any time and situation that suits them. The service also helps with the selection of a specific therapist.

Source: Terap.io, WHO and CTK