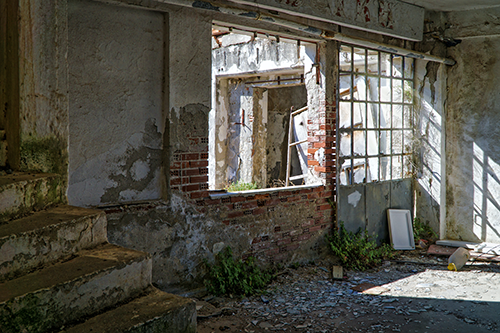 The Office for Representation of the State in Property Matters (ÚZSVM) reduced the number of non-existent and liquidated state companies in the real estate cadastre by 71 percent to 401 from the launch of the State Property Map project in mid-2015 until the end of last year. stated in a press release. It also reduced the number of so-called homeless properties, ie registered for non-existent enterprises, from 25,557 to 9257.

The Office examines the extinct owners of homeless property with their legal successors and then calls on them to seek redress. If no legal successor can be traced, the Office will declare the property in accordance with the law as its property. Subsequently, ÚZSVM can transfer real estate to other owners.

"Thanks to the search for ownership relations, ÚZSVM removes blockages for further development of municipalities. It is possible to build the necessary infrastructure, wastewater treatment plants or cycle paths on land with a correctly registered owner," said Kateřina Arajmu, General Director of ÚZSVM.

For example, last year the office transferred to the village of Lančov a plot of land with an area of ​​747 m2, on which the cemetery and morgue are owned by the village. ÚZSVM acquired it after the defunct local national committee. Furthermore, for example, he transferred land to the municipality of Jistebník free of charge, which was previously the property of the local national committee. On the plot there is a body of publicly accessible local road, which is owned by the municipality.

The State Property Map project showed that at the end of last year, 874 entities managing approximately 1.49 million state properties were registered in the real estate cadastre, comprising 1.45 million plots of land with a total area of ​​1.8 million hectares, 40,895 buildings and 807 units (housing and non-residential). For the first time, most of the state's real estate is managed by Lesy ČR (466,778 real estates). The second is the State Land Office (465,529 properties). The third are the state-owned companies Povodí, which together manage 144,116 properties. This is followed by the Directorate of Roads and Motorways and the ÚZSVM.