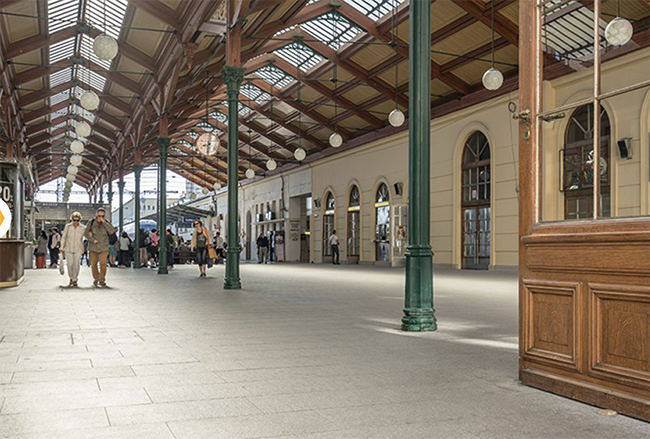 The Railway Administration has obtained a final building permit for the modernisation of the Masaryk railway station in Prague, announced spokeswoman of the Railway Administration Nela Eberl Friebová. In the spring, the company will announce a tender for a contractor, and construction work should begin this year. The estimated cost was set at CZK 2.5 billion in December. The project includes the extension of the current number of tracks from seven to nine, the reconstruction of all platforms and the construction of a new platform above the track, which will remove barriers in the area, allow access to individual platforms and offer a direct transfer to the B metro line.

There will be six accessible platforms in the station. The track, all technologies, catenary and power supply will be reconstructed. The builders will work in traffic, only partial traffic restrictions corresponding to the individual stages of the project will be necessary.

Masaryk railway station is located right in the centre of Prague and is the third busiest station on the Czech railway. The aim of the extensive modifications planned by the Railway Administration is to bring passengers comfort corresponding to today's times. In particular, the number of platforms and tracks will be increased and the station will be urbanistically integrated into its surroundings. The new platforms will be used especially by future trains to the airport. A new platform above the track will remove the barrier in the area. It will not only connect Florenc with Hybernská Street and Masaryk Station with the main station, but will also offer a new vestibule for waiting passengers. From there, escalators, stairs and lifts will lead directly to the individual platforms. Part of the platform will be planted with greenery, creating a quiet oasis right in the centre of the metropolis.

The reconstruction of Masaryk Station is part of the modernisation of the railway from the centre of Prague to Kladno. It is divided into several stages. Last year, work began on two sections, namely from Kladno to Kladno-Ostrovec and on the line between the Prague-Bubny station and the future new Prague-Výstaviště stop.