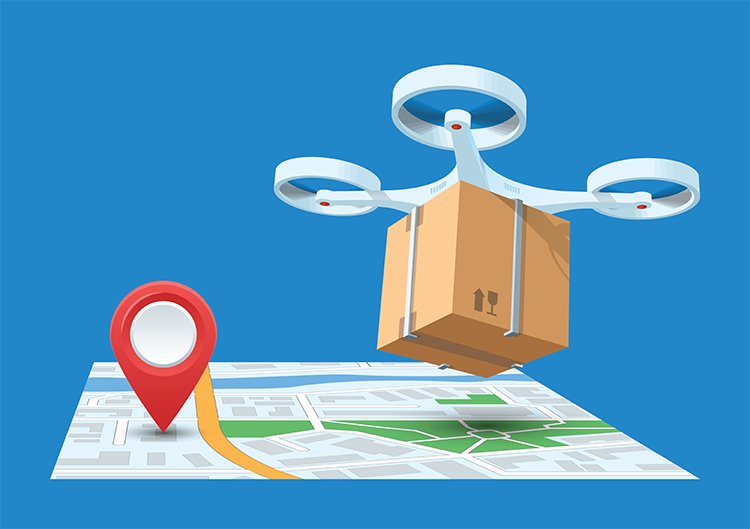 Czech logistics start-up DoDo has started testing the delivery of parcels by drones in Hungary. It would like to use the experience gained on the domestic market, according to the company's commercial director Peter Menky. The company is cooperating with the Rossmann drugstore chain on the project. The drone's first test route was from a Rossmann store in Budapest's Savoya Park shopping centre and was about 15 kilometres long.

On it, the drone had to overcome varied geographical terrain and fly over the Danube River. At an average speed of 50 kilometres per hour, it managed to reach its destination in about 14 minutes, according to the company's press release. He was approximately 20 to 50 metres above the ground. However, the drone did not deliver the real order, as neither Hungarian nor Czech legislation allows it yet. The drone only had a weight of the appropriate weight attached to it, the company said.

"For DoDo, smart logistics and innovation go hand in hand. We are constantly looking for new ways to reduce delivery times and reduce the environmental impact of logistics. That's why we want to be as prepared as possible for the moment when legislation also allows drone delivery," said Menky.

Hungary chose DoDo because, unlike the Czech Republic, a similar test has not yet been carried out there, Menky said. At the same time, the company has been successful in the Hungarian market for a long time, he added. During the past year, the volume of shipments there more than doubled, and in addition to Rossmann drugstores, DoDo also provides logistics for Hervis stores and Benu pharmacies in Hungary.

In the past, the company's couriers have also tried delivering food on Lake Balaton using electric jet skis, the report said.

DoDo was founded in 2015. It nearly doubled its turnover to CZK 930 million the year before last. It provides its services in its home country of the Czech Republic, Slovakia, Hungary, Poland, Germany, Austria and Bulgaria. Deloitte's Fast 50 rankings put DoDo among the fastest growing companies in Central Europe in 2021.