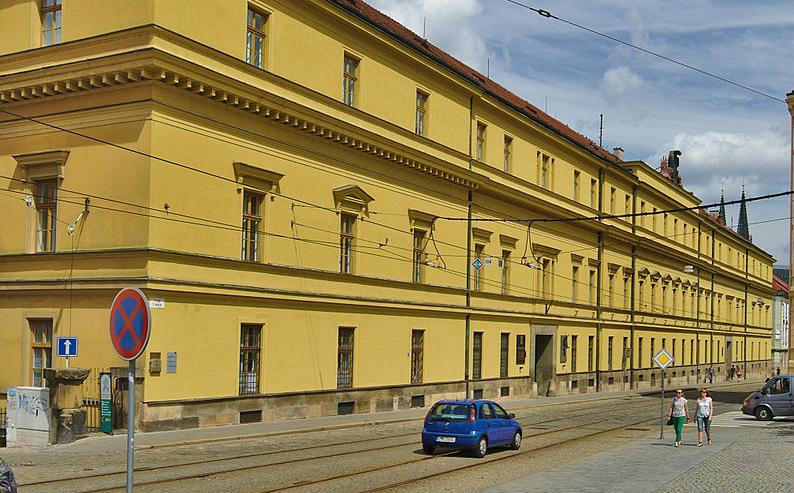 Even in the third electronic auction, the state failed to sell the large area of ​​the Hanácká barracks in Olomouc. The auction started on Tuesday and ended Wednesday at 10:00, but the only registered bidder did not make a bid. The spokesperson of the Office for Representation of the State in Property Matters (ÚZSVM) Michaela Tesařová announced. The previous two rounds of the tender turned out the same way. ÚZSVM will inform Palacký University in Olomouc about the result of the electronic auction, which has previously shown a preliminary interest in the direct purchase of this complex.

The minimum price of Hanácké barracks was again CZK 262 million in the third round of the electronic auction. The auction could be opened on Tuesday due to the fact that one bidder paid a deposit of CZK 27 million. "One bidder entered the electronic auction and submitted the required deposit within the set deadline, however, no bid fell during the auction. Therefore, the ÚZSVM will now take further steps to find a new owner of this exceptional and historically valuable complex as soon as possible," said Tesařová.

Palacky University spokesman Egon Havrlant said that negotiations regarding the Hanácká barracks should continue. "We will also continue to act in cooperation with the region and the city. We certainly want to work together to ensure that this historically valuable building has a dignified use," said Havrlant.

The Hanácká barracks have been used by the army for 170 years, and since 2013 they have been empty. At the beginning of September, only one candidate applied for the first round of the selection procedure, but did not make a bid. The November auction turned out the same way. In addition to the university, foreign investors were also interested in the Hanácká Barracks.

The Hanácká Barracks building has an office area of ​​over 2,000 square meters. Originally, it was considered that hundreds of government employees, who are now based in several places in Olomouc, will move to it. However, according to the Ministry of Defense, further use for civil servants would be more expensive than the sale and possible construction of a new administrative headquarters.

The Olomouc Region showed interest in the Hanácká Barracks building in 2014, where it wanted museum and library depositories, offices for organizations providing European subsidies and a regional food store. The governor eventually abandoned the plan.