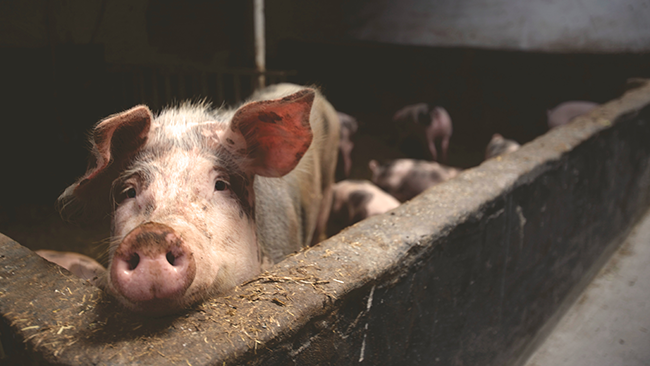 The Znojmo Region destination company does not agree with the plan to build a pig fattening facility in Štítary in the Znojmo region, which is planned by the Petřín Agricultural Company. From the point of view of destination management, a large-capacity feedlot in the former farm will reduce the value of the recreational area and endanger tourism. Marie Tesařová stated on behalf of the company. People or local governments can comment on the published documentation of the plan until June 2. The dissenting opinion will also be sent by the municipality of Štítary, its mayor Pavla Rozsypalová.

The farm is at the crossroads, which is the main and only turn to the popular Vranov beach. "However, this branch is also the only access road to about 400 cottages of private owners in Štítarský les or to major tourist attractions, such as a rope park or boat rental. In this area is the largest concentration of not only accommodation capacity but also gastronomic services. In summer During the season, it is also the venue for a number of cultural and sporting events, music and family festivals and sports competitions, which is why the road is already very busy with regular tourism for most of the year, "said the Znojmo Region destination company.

The company is also concerned about the smell with a reach up to the recreational area, which will also influence the evaluation of the area, which still belongs to the leading tourist magnets of Znojmo and Podyjí. "We are also afraid that with large-capacity animal traffic there will be a significant deterioration in groundwater quality and loss of natural source of drinking water, on which wells depend not only the inhabitants of Štítar, but also wells of large accommodation facilities and private cottages in Štítarský les and Vranovská beaches. The quality of groundwater in the surrounding municipalities may be affected by the planned distribution of manure to the fields around the farm, which are owned by the investor, "added Tesařová.

The town of Štítary also disagrees with the intention, where 255 against 2 votes voted against. "We are trying to develop hiking and biking, which spoils the piglet. In addition, it makes it difficult for us to build new houses. We had people interested in family houses, but gradually they say they do not want to live here because of the piglet. The investor presented the plan to the council in January. we are and then we have not met in any negotiations with the investor. I think he does not want to back down from the plan, "said Mayor Rozsypalová. Years ago, several hundred animals were kept in the building, now the building counts on a fattening farm for 10,000 pigs.

The Department of the Environment of the South Moravian Regional Authority leads the process of environmental impact assessment. "Currently, there is a deadline for anyone to submit comments on the published environmental impact assessment documentation. The deadline for submission of comments ends on June 2. After that, the Office will ensure that the report is prepared by an independent authorized person. The statutory deadline for the preparation of the report is 60 days. The processed report will be the basis for issuing a binding opinion of the Office, "said Alena Knotková from the press department of the region.

Pig polling was not conducted.