Czechia: Designers expect the market for project work to grow by 2.6% 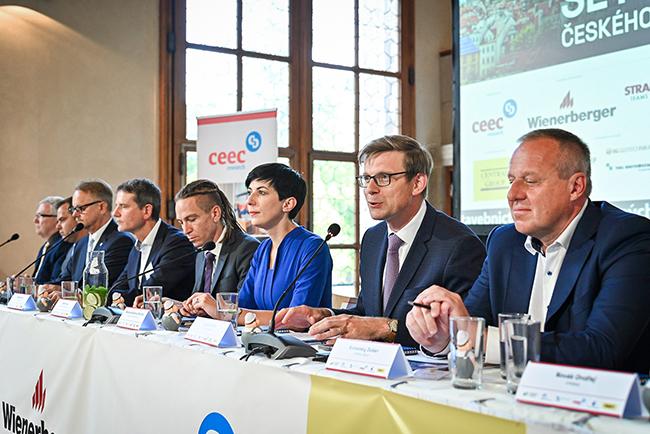 Designers expect the market for project work to grow by 2.6%. Designers designing building structures expect higher market growth. At the moment, project companies have 96% capacity utilization. Sales to project companies will grow by 3.3%. Sales will grow more in terrestrial projection. Project companies currently have contracted contracts for 9 months in advance. A minimum number of respondents encountered the request for a bribe. Most often, project companies win orders based on long-term cooperation. Price is still the most important thing for the customer. The internal guidelines of the project company are exceptionally exceeded. This follows from the Study of project companies H2/2022 prepared by the analytical company CEEC Research.

Designers designing mainly building structures expect market growth of 3.9% in 2022. In 2023, they expect a slight decrease of -0.2%. On the other hand, designers designing mainly civil engineering constructions expect a slight market growth of 0.4% this year and a decrease of -2.3% in the following year. Martin Höfler, CEO and Chairman of the Board of Directors of PUDIS a.s., also comments on this prediction of the project companies. and adds: "I expect the market situation to continue to be very intense. Although there is talk of budget deficits, the need for savings and the introduction of various restrictions, etc., this does not apply to project work in infrastructure. That is also reasonable. If there is a need to save from a macroeconomic point of view, it should not affect the preparation of buildings, because it is not possible to save much on it, considering the absolute value of the price. In addition, we know from recent history that when planning also stops, it will have a negative impact on the unpreparedness of buildings for several years to come. And that, of course, is not desirable. So let's prepare projects, and let's implement them perhaps a little later, when it's a more budgetary and socially acceptable period."

Higher revenue growth is expected by companies engaged in the design of civil structures, namely by 4.1% this year and by another 1.5% in 2023. Companies mainly engaged in the design of civil engineering projects expect their sales to grow by 1.9% this year and in the following year they already expect a drop in sales by -2%.
The majority of respondents did not encounter a request for a bribe this year (90%), and their representatives mainly cited the fact that there is no reason for bribes, as they are usually not in a position where there would be room for these practices. However, the companies also said that when they do encounter demands for bribes, it is within the public sector.

Project companies currently have contracted contracts for 9 months in advance. For more than half of the respondents, this is the same length of time, and for a third it is even an increase in this time. Currently, this means that companies are busy until the end of the first quarter of 2023. Milan Moravec, CEO of Digital Transformation systems s.r.o., explains the possible motivation. "I expect a slight increase in jobs compared to 2021, but at the same time I also expect the beginning of capacity problems at companies. A number of companies are preparing for the expected decrease in investments in the following years and are trying to fill their reservoirs of work for the following year as well."

83% of project companies most often get contracts based on long-term cooperation, and according to 86% of companies, price is still the most important factor for the client when choosing a design company.