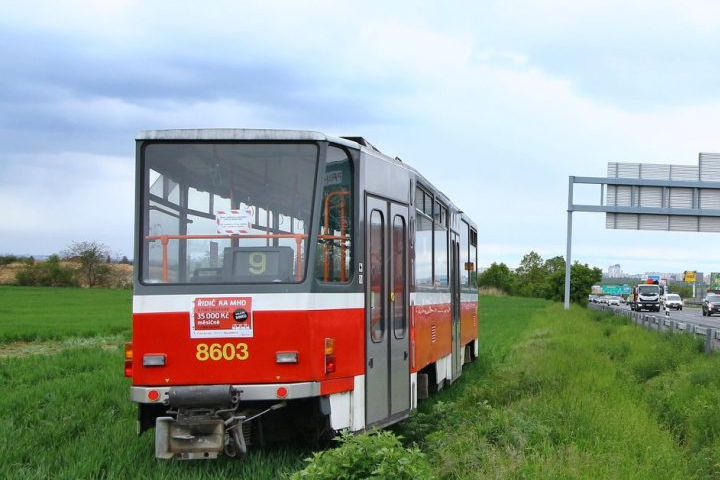 The case of the mysterious tram has been solved, at least in part. Prague media has been fascinated by the strange appearance of the tram along the southwestern side of the D1 motorway before the kilometer 8 exit. Czech Radio worked out part of the story while speaking with the mayor of Čestlice. "Part of the land belongs to the development company Domo development, which wants to build a shopping zone there," said Martin Diviš. The radio report put the value of the project at €58.5m and to be made up of shops, storage halls and automobile dealerships. Idnes.cz reports that the company paid CZK 351,000 for the tram. What's less clear is the purpose of putting the tram by the side of the motorway in the first place. The company claims it's not a marketing trick.